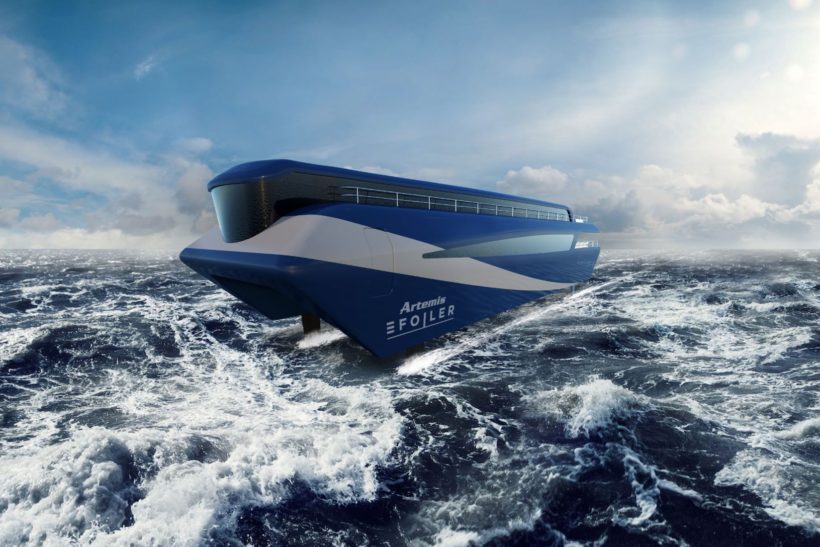 The company has joined the Belfast Maritime Consortium, led by Artemis Technologies, which is developing a new class of green vessels in the Belfast to be the world’s most advanced zero-emission commuter ferry service between Belfast and Bangor.

The ferry service to commence in 2024 will act as a pilot scheme for the revolutionary fast passenger ferries currently under development by the consortium, led by Artemis Technologies.

The vessels will be powered by the transformative Artemis eFoiler ® enabling them to fly above the water, allowing for a comfortable ride, producing minimal wake at high-speed, while using up to 90 per cent less energy than some conventional ferries.

“The announcement that Condor Ferries is joining us in the Belfast Maritime Consortium is a hugely significant endorsement of the work we are doing and marks another milestone on our journey towards leading the decarbonisation of maritime.

“With vast experience operating commercial routes, Condor Ferries is well placed to run the inaugural service for the first commuter ferry to be produced at our manufacturing facility in Belfast.

“Working alongside our partners in Belfast City Council, Ards and North Down Borough Council, Belfast Harbour and Power NI, the pilot scheme will give us a better understanding of the needs of ferry operators and local authorities from a vessel design, usage, and infrastructure perspective.

“Belfast will get a glimpse of the future when the pilot service commences operation, but it is just the beginning. We are already receiving interest from around the globe as governments and cities across the world seek sustainable transport alternatives that balance the requirement for people to continue to move around with the need to reduce carbon emissions.”

The pilot service will run from Bangor Marina to Belfast’s Titanic Quarter with an expected journey time of around 30 minutes providing a greener solution to commuters along one of the busiest traffic routes in Northern Ireland.

“The addition of Condor Ferries to the Belfast Maritime Consortium is hugely welcome and brings our city one step closer to realising our net zero ambitions.

“Blue-green infrastructure will be a vital part of Belfast’s integrated transport plan and we look forward to seeing zero emission ferries on Belfast Lough, transporting people between the City and North Down.”

The consortium was awarded a grant of £33 million by UKRI’s flagship Strength in Places Fund for the £60m project.

Condor Ferries operates a number of commercial ferry routes between the Channel Islands, mainland UK and France. The company was acquired in 2020 by the Columbia Threadneedle European Sustainable Infrastructure Fund. 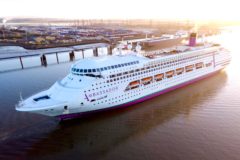 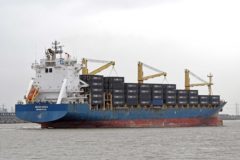 Ellerman City Liners is back in shipping