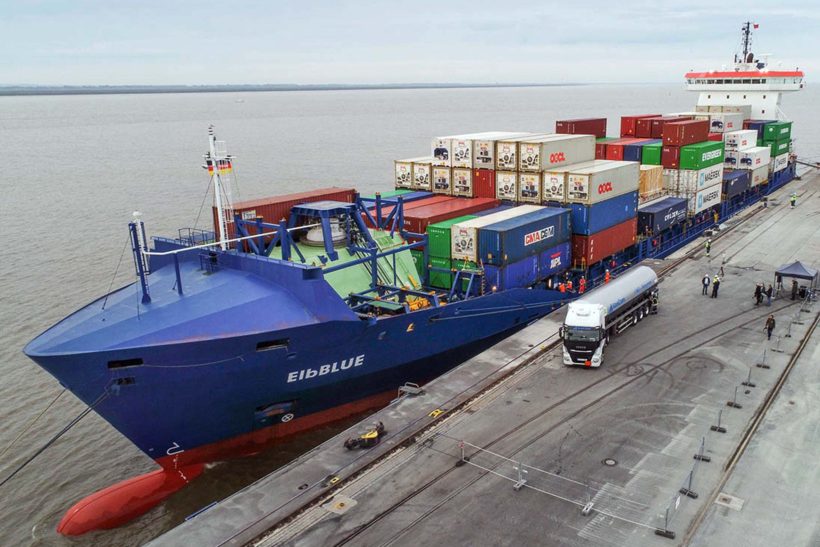 Compared with heavy fuel oil (HFO), GHG emission reduction was even as high as 34%. The data has emerged from measurements initially carried out on board the ship in September 2021 when ElbBLUE became the first container ship worldwide to replace a portion of its bunkered gas fuel (around 50%) with SNG.

Dr Uwe Lauber, CEO of MAN Energy Solutions, said: “With this project, we have proven the technical viability of our concept of the maritime energy transition. Today, more than ever, we are convinced that climate-neutral, synthetic fuels point the way to green shipping – and even further beyond.”

Lauber continued: “The current, global, political situation underscores the future role that synthetic fuels can play in a diversified energy supply in that they point the way toward less dependence on raw material deposits, suppliers and price fluctuations.

“As a result of the military attack on Ukraine in violation of international law, LNG prices, for example, have risen massively in recent weeks and are now at a similar level to SNG.

“If production capacity can be built up quickly and synthetic fuels made available to the market, SNG could become a climate-friendly and – in the long term – economical alternative to fossil fuels in shipping.”

Gas operation also drastically reduces other polluting emissions compared to HFO. In the case of the ElbBLUE, nitrogen oxide emissions (NOx) dropped by almost 87%, while emissions of sulphur oxides (SOx) and particulates were almost completely eliminated (~99%).

Measurements were carried out on a voyage between Brunsbüttel, Germany and Rotterdam, the Netherlands with SNG comprising approximately 50% of the bunkered gas at 85% engine load.

The ElbBLUE is powered by an MAN 51/60DF four-stroke engine. As a multi-fuel engine, the unit allows operation with either HFO or liquid natural gas (LNG) as fuel. The ship’s test-run proved that the latter can be replaced by SNG without engine modification. 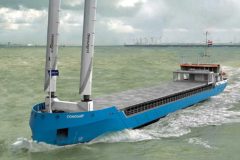 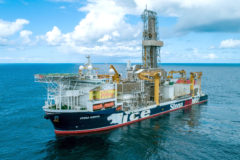