China’s COSCO Shipping’s profits plunged 73 per cent during the third quarter of last year, strengthening rumours that it might merge with compatriot owner China Shipping Container Line (CSCL) to cut costs. The two carriers, which control 80 per cent of the Asian country’s domestic shipping market between them, have already agreed to operate together on China’s domestic routes. If the two carriers, both of which are owned by the state, do merge, it would create a box carrier with 1.3 million TEUs of capacity. This would put it in fourth place, closely behind the world’s third biggest box line, CMA-CGM, in terms of global rankings. However, such an amalgamation would require a considerable effort, as the two Chinese firms operate about 140 separate shipping, port and finance divisions and subsidiaries between them, including COSCO Pacific Ltd, China COSCO Holdings Company Ltd, COSCO International Holdings Ltd and Cosco Investment (Singapore) Ltd. JS 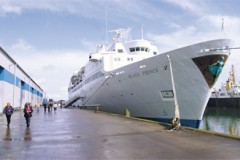 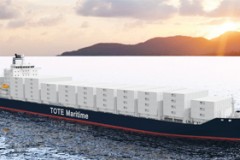