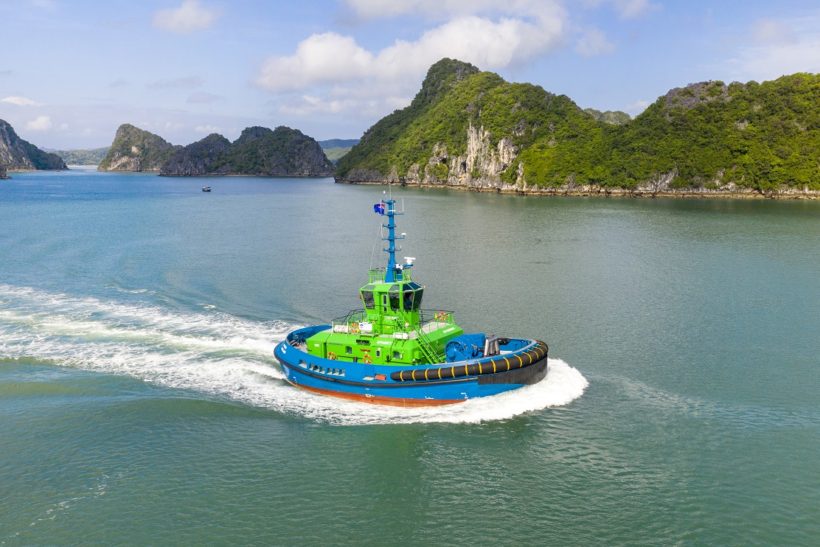 Sparky, Damen’s first, all-electric, 70 tonnes bollard pull harbour tug that in July was delivered to New Zealand’s Ports of Auckland (POAL), has been shortlisted for the Tug of the Year Award.

This will be awarded at the 26th International Tug & Salvage Convention, Exhibition and Awards event on 29 September in Istanbul.

Sparky is the first tug in its class to be fully electric and can undertake two or more assignments at full power before being recharged, which takes just two hours.

Its development is the result of a six-year collaboration between Damen and POAL that ensured that every aspect of its design and engineering is optimised for efficiency and sustainability.

The key challenge was how to get all the equipment for the E-Drive into a hull with the batteries taking up a lot of space, especially as POAL required that the tug had to be just 24m in length so that it can be operated by two crew.

The solution is eight, battery packs installed in two insulated, temperature-controlled battery rooms, one on each side of the vessel.

This arrangement has the additional benefit of delivering maximum redundancy and the lifetime of the battery system in this application is expected to be approximately 30,000 cycles – the same as the estimated working life of the vessel. This propulsion system can be sized up and down in power and will in the future be used in other Damen tug types.

Sparky is highly innovative in other ways. The advanced RSD design together with the high degree of automation make it very efficient. The quality of the human machine interface and the Praxis centralized alarm, monitoring and control system which is connected to the Damen Triton remote monitoring system ensure maximum efficiency and safety.

Propulsion aside, Damen’s RSD tugs are themselves a revolutionary concept, designed to always sail ‘bow first’.

This makes them ideal for high dynamic bow and stern towing assignments while using minimal engine power. Their twin fin skegs makes them stable yet highly manoeuvrable and those together with a combination of high freeboard, wide beam and low VCG also makes them very safe. 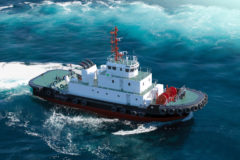 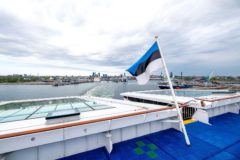 Deltamarin wins a design contract for a new Estonian ferry