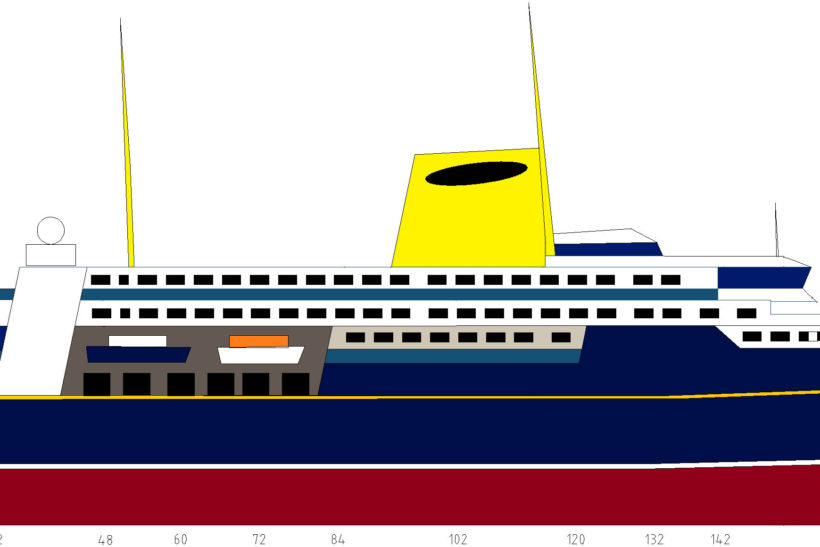 The designer of Cunard liner Queen Mary 2, Stephen Payne, has drawn up plans for a £200million royal yacht that would promote British trade, tourism, youth and culture around the world.

Naval architect Stephen Payne, who has been working on the project for two years, says Britannia 2 would be a floating ‘Festival of Britain’ that could pay for itself by hiring out its conference hall and exhibition spaces during port visits.

At 475ft it would be 62ft longer than the original HMY Britannia and have a two-deck, 250-seat auditorium and a self-contained royal deck, as well as an on-board pub, restaurant, TV studio, museum and souvenir shop. There would be storage for a quayside “pop-up” marquee connected to the ship’s electrical supply.

The ambitious plans for a new national flagship, announced by the Prime Minister, would be named after the Duke of Edinburgh and help boost British trade.

Mr Payne said he sent an outline of his proposals to No.10 – but they were lost. He added: “What concerns me about Boris Johnson’s plan is the scale of what they’re proposing – I’m hoping they are not trying to do this on the cheap. Mine’s a fairly large ship, it might end up costing £300 million, but even then the payback time would be 20 years, so it would be cost neutral.”

The designer’s interest in building a second Britannia stems from his visits to the previous royal yacht in 1996 when he was advising a parliamentary committee on the ship, which is now a tourist attraction in Leith, Edinburgh.

Mr Payne said: “The driving force has been to provide a platform that could deliver all that Britannia did so well, with the significant upgrades of a conference and exhibition centre that could offset its build and operational costs.”

He wants the hybrid-powered royal yacht built at Harland & Wolff shipyard in Belfast and for it to become the first ever “dual flag” Royal and Merchant Navy vessel with a Royal Navy captain.

The 61-year-old has even drawn up a 328-day itinerary for the ship to visit 51 ports around the world. In times of emergency, Britannia 2 could have a secondary use as a floating hospital or disaster relief ship.

Mr Payne, from Hampshire, has impeccable credentials for the project. As well as designing Queen Mary 2, he has worked with the Ministry of Defence on studies into aircraft carriers.

As a five-year-old boy, his interest in naval design was sparked by an item on children’s TV programme Blue Peter about Cunard liner Queen Elizabeth.

At the age of 12, when the Blue Peter annual ran a feature saying “Queen Elizabeth is a superliner, the last of a great age and nothing will ever be built like her again”, he wrote complaining that this was not true as he was going to design and build just such a ship himself. Programme editor Biddy Baxter sent him a Blue Peter badge but warned that he “shouldn’t be disappointed if he never achieved his goal”.

Undeterred, Mr Payne graduated as a naval architect in 1984 and joined Carnival Cruise Line in London, where he helped design the Fantasy class of ships.

After visiting Britannia in 1996, he wrote articles on the history of the royal yacht which were edited by Prince Philip and published in The Naval Architect and Ships Monthly. However, plans for a successor ship were shelved by Tony Blair’s Labour government the following year.

Around the same time, James Cameron launched his movie blockbuster Titanic which – despite its dramatic ending – created a surge in demand for transatlantic voyages on Cunard’s then flagship, Queen Elizabeth 2. In 1998, new owners Carnival Corporation decided to invest in a new $1billion liner, Queen Mary 2, with 38-year-old Payne chosen to design the ship.

With its launch in 2004, his vow to build a superliner to rival Queen Elizabeth was fulfilled. Blue Peter presenters even came on board on the day of the maiden voyage to present him with the show’s top honour, a gold badge. Mr Payne was also made an OBE for services to shipping.

He said: “It is nearly 30 years – and a new century – since the last royal yacht was withdrawn and there has never been a greater need for the British Government to step up its support for UK industry as it seeks to sell its goods and services overseas.

“Recent events have also underlined the importance of the Royal Family to the country’s image abroad and the need to ensure that it can continue to make a positive contribution. Britannia 2 is designed to highlight that royal link to the UK’s fortunes by becoming a key part of a major economic recovery based on new and enhanced trade deals around the world.

“This multiple-role vessel will also showcase the best in British design and innovation. Building the ship at Harland & Wolff would mean that, everywhere it sailed, people will be witnessing the return of classic UK shipbuilding, even if they never step on board.” 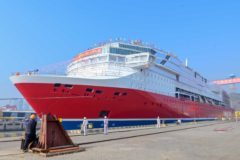 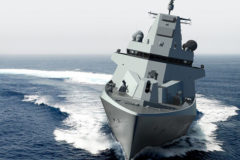