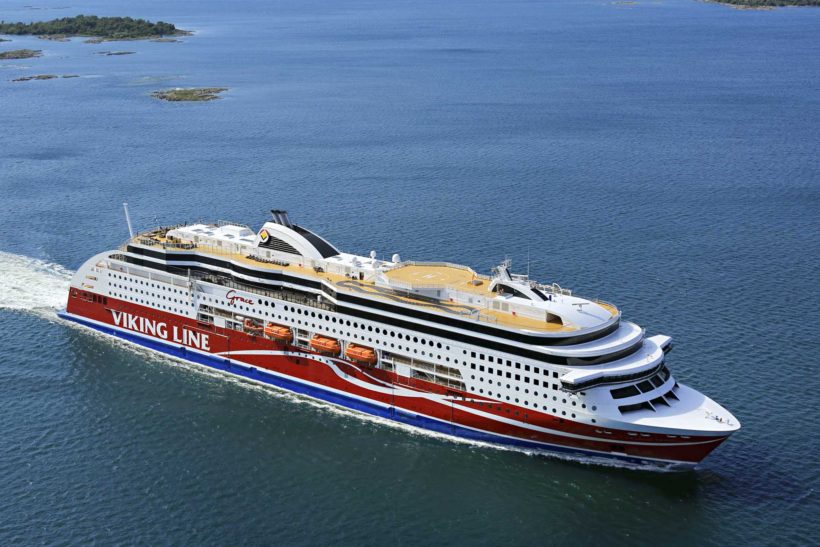 Over the past 15 years, Viking Line has succeeded in reducing carbon dioxide emissions from its vessels by nearly a third.

Environmental investments have been made in the Baltic Sea’s most climate-smart vessels and in the technology on board every vessel.

Viking Glory and Viking Grace are already equipped to start running on green fuels, which will enable truly carbon-neutral service in the future.

Thursday, August 25, is Baltic Sea Day. To celebrate the occasion, Viking Line will donate 30,000 euros from the sale of plastic carrier bags in its tax-free shops to the John Nurminen Foundation.

At the same time, the autumn’s sustainability theme on Viking Line’s vessels, in the terminals and in the company’s communication channels will be launched with the aim of involving passengers in this important work for the good of the Baltic Sea.

“The Baltic Sea is really important to us Finns in many ways. The Baltic Sea has always been a gateway to the world and to international markets, but also an important provider of experiences and recreation.

“Our feeling for this place gives us an identity that brings together the countries around the Baltic and their residents, and this is something that the John Nurminen Foundation safeguards.

“The Baltic Sea and its condition are of great relevance to Viking Line each and every day. With Viking Line’s support, we can take effective, result-oriented measures to ensure that the Baltic Sea maintains its biodiversity and well-being for future generations as well.

“We believe that proximity to the sea and its importance to people help raise people’s awareness of its condition,” said Annamari Arrakoski-Engardt, Managing Director of the John Nurminen Foundation.

Carbon dioxide emissions from Viking Line’s vessels have decreased 30 per cent per nautical mile since 2008.

One factor behind this significant reduction is the company’s active environmental work consisting of a wide variety of measures.

The measures that have had the greatest impact are the 450 million euros invested in the two most climate-smart vessels on the Baltic Sea: Viking Grace, which made its maiden voyage in 2013, and Viking Glory, which was placed in service in March.

“We have mainly achieved emission reductions through innovative technological solutions that are not very visible to passengers. The technology is developing at a rapid pace, and many of these innovations originated in Finland.

“When Viking Grace, which is powered by natural liquefied gas, was placed in service, emissions of nitrogen and particulate matter decreased 85 per cent and greenhouse gas emissions decreased 15 per cent compared to a vessel that runs on oil.

“Now ten years later, Glory in turn produces ten per cent fewer emissions than Grace. Meanwhile, emissions from our older vessels have also decreased, since we update the technology on our vessels throughout their life cycle,” said Dani Lindberg, Sustainability Manager at Viking Line.

The goal of the International Maritime Organization (IMO) is to reduce carbon dioxide emissions from maritime transport by 40 per cent from 2008 levels by 2030.

Viking Line’s environmental journey began in earnest in the 1980s, when the company started using divers to scrub the bottoms of its vessels instead of using toxic paint.

Recycling on board also began as far back as four decades ago. Since then, the vessels have made the transition to increasingly low-emission fuels and to energy recycling.

In port, the vessels have started to be supplied with green land-based power. Fuel efficiency is now taken into account when timetables and routes are planned. 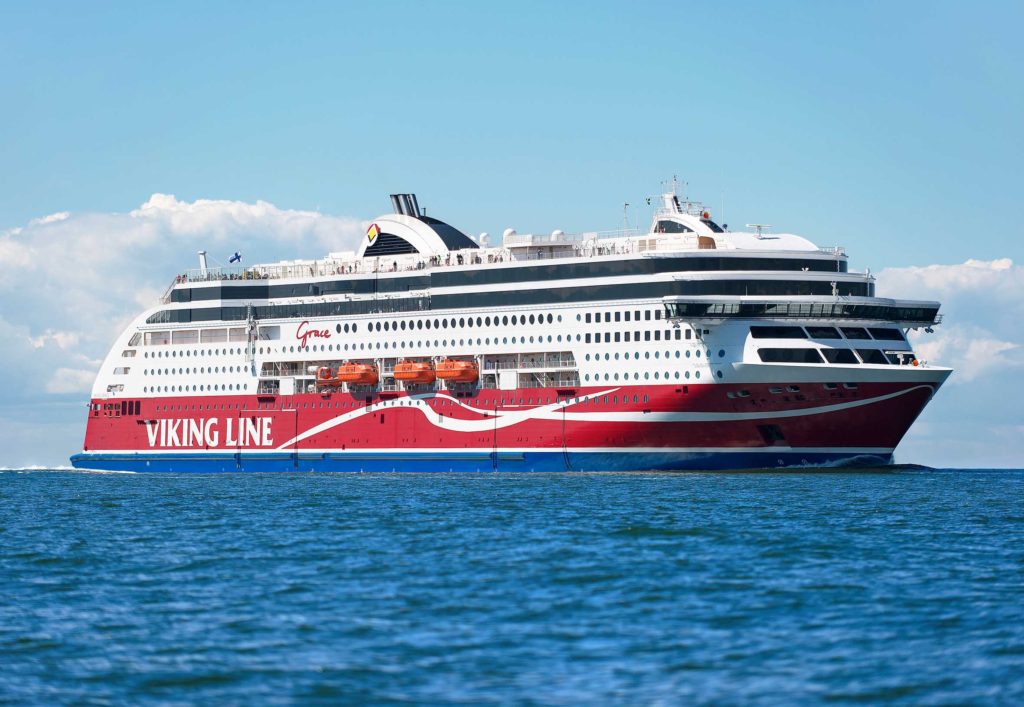 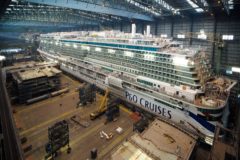 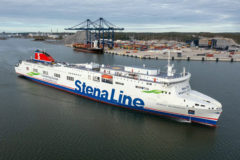 Fire on board ferry Stena Scanidica