After 27 years on the Medway, the paddle steamer Kingswear Castle, built in 1924 and powered by a compound diagonal engine dating from 1904, has been towed back to the river Dart to commence a 15-year charter for a summer role, including the ‘Round Robin’ pleasure trips linking Paignton, Kingswear and Totnes with travel by steam train, bus and steamer.

Confirming the news, the Paddle Steamer Kingswear Caste Trust, vessel owners on behalf of the Paddle Steamer Preservation Society, said in a statement: ‘From 2013 Kingswear Castle will be taken on long-term charter by the Dartmouth Steam Railway and River Boat Co and returned to service on the river Dart. As a result, the business on the Medway will close. We believe the package offered is in the best long-term interest of Kingswear Castle, not only because she will be going home, but also because the Railway and River Boat Company have long experience of, and are skilled in, the operation of both passenger vessels and steam engines, a combination not found elsewhere.’

Skipper John Megoran and engineer Nigel Thomas will continue to be closely involved in Kingswear Castle’s future operations, the vessel leaving the Medway under tow on 11 December 2012, with the journey west being interrupted when shelter had to be sought at Portland due to deteriorating weather.

Kingswear Castle was almost identical to Compton Castle (1913) and Totnes Castle (1923), but had become the last operational Dart paddler when withdrawn in 1965, two years passing before PSPS bought her for £600, with Kingswear Castle towed to the Isle of Wight. After little or none of the promised restoration work had been completed, PSPS moved Kingswear Castle to the Medway in 1970, where it was a further ten years before real momentum occuured, the steamer finally returning to limited service in 1984 with a full passenger certificate achieved for sailings from Chatham Historic Dockyard the following year.

Sadly, the economic climate and poor summer weather hit Kingswear Castle’s revenues in the last couple of years and, disappointing as it is for loyal supporters in Kent, the return to the Dart does appear to give the steamer its best chance for long-term survival. Kingswear Castle is expected to commence Dart sailings through the Easter period, with a Homecoming Charity Cruise in aid of PSPS scheduled for Good Friday 29 March, departing Dartmouth at 1030. Tel 01803 555872. 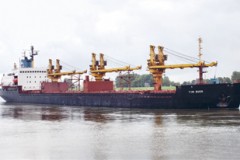 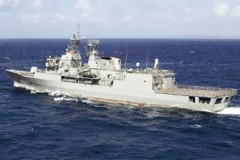