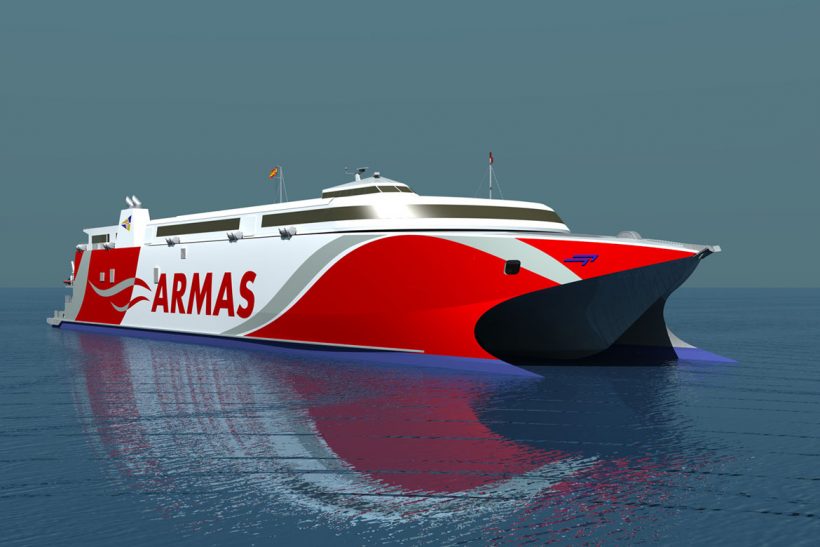 Australian shipbuilder Incat has been awarded a significant contract for the design and construction of a large new vehicle-passenger ferry for a major European operator.

The new vessel for Naviera Armas is the second vessel in Incat’s new generation 109m high speed wave piercing catamaran range and will operate in Spanish waters when delivered in early 2019.

Born out of the extensive in-service experience of the Incat 112m, the concept was redesigned from the keel up by Incat’s in-house naval architects and engineers at Revolution Design Pty Ltd.

The result is the 109m catamaran which offers similar passenger and vehicle capacity as the 112 metre but with substantial performance improvements, including vastly improved speed, lower fuel consumption and enhanced directional stability. 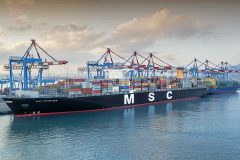 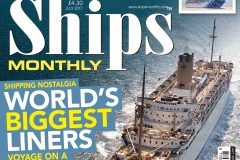