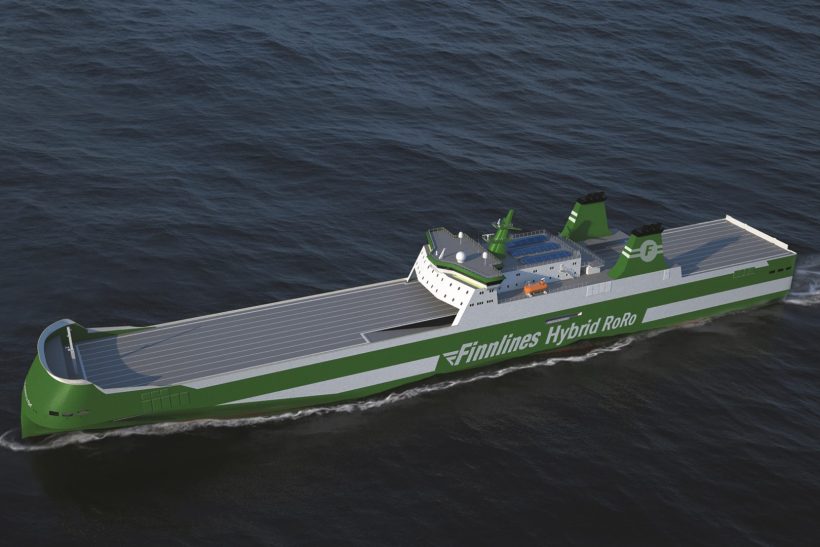 The customer is Finnlines PLC., the Finnish shipping company and part of the Grimaldi Group. MAN Energy Solutions’ two-stroke licensee – Hyundai Heavy Industries Co., Ltd. (Engine & Machinery Business Unit) – will build the engines in Korea, while Nanjing Jinling shipyard in China will construct the vessels. Delivery of the first vessels is expected from 2021.

The MAN B&W ME-C engines – as part of the hybrid propulsion set-up – will enable a 100% increase in efficiency when measured in terms of consumption/ton of freight transported, compared to existing vessels.

The new order follows that made by Grimaldi in 2019 for nine very similar vessels with the same scope of supply, and adds to recent orders MAN Energy Solutions has won in the competitive Baltic market.

Designed by Nordic marine designer, Knud E. Hansen, the new RoRos will be among the first examples of a new series of hybrid vessels.

These will use fuel-oil during navigation and lithium mega-batteries in harbour, thus guaranteeing ‘zero emissions in port – and meeting the Registro Italiano Navale (RINA) Green Plus class notation – while still satisfying energy requirements at berth.

The batteries will be recharged during navigation through shaft generators adding the so-called peak-shaving system. The newbuilds will also feature ice-class classification, 1A Super.

The new ro-ros will be among the most environmentally sustainable ships of their type. Finnlines is a frontrunner in the development of hybrid power ships, of marine battery packs and of energy-management systems.

By investing in research & development and by teaming with its suppliers, Finnlines is well on time to meet and clearly exceed all the ambitious environmental targets set by the IMO and by the international community for shipping. 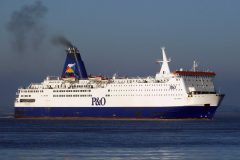 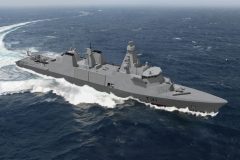