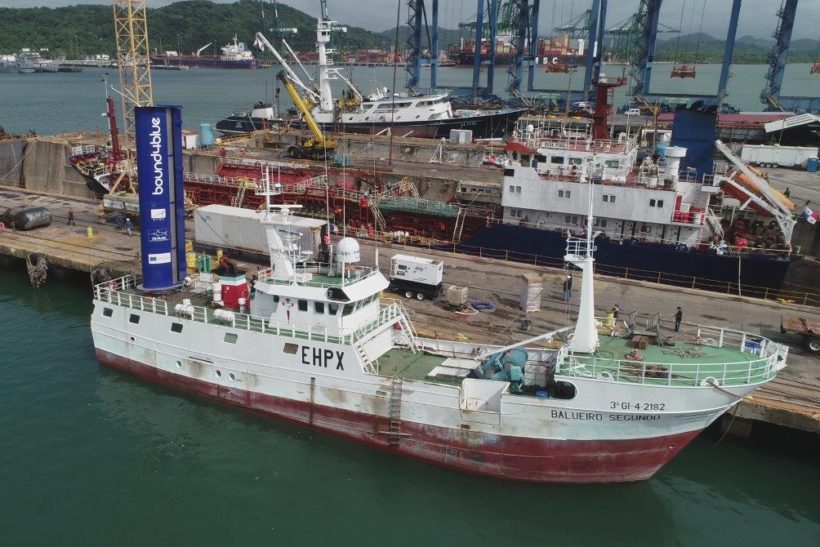 Balueiro Segundo has become the first fishing vessel in the world to sail with wind-assisted propulsion technology, utilising the eSAIL® system.

The project, the first of its kind, aims to achieve greater energy efficiency, promoting the use of wind power to reduce fuel consumption and pollutant emissions.

The manufacturing and commissioning of bound4blue’s technology and Kyma’s monitoring system are co-funded by the European Union in the framework of the Aspiring Wingsails project, while ORPAGU has received institutional support from the European and Maritime Fisheries Fund and the Spanish Ministry of Agriculture, Fisheries and Food.

The rigid 12m-high sail, equipped with an autonomous control system, was fitted to the vessel which is in Panamanian waters.

The entire assembly process of the sail was recorded down to the smallest detail.

The process began almost a month ago with the rigid sail’s transportation by sea, leaving Vigo (Spain) and travelling 4,200 nm to reach Balueiro Segundo.

With the stability test successfully performed and commissioning already carried out by bound4blue, the vessel began sailing in early June 2021.

Balueiro Segundo became the first fishing vessel in the world to be equipped with an auxiliary wind-assisted propulsion technology and also the first vessel to install bound4blue’s eSAIL® technology.

The system uses the wind to propel the ship, thereby reducing fuel consumption and pollutant emissions released into the environment.

Within the framework of the Aspiring Wingsails project, co-funded by the European Union, the Norwegian company Kyma, a leading company worldwide in maritime efficiency monitoring, will be responsible for monitoring and validating fuel savings and reductions in emissions during the sea trials in the Pacific Ocean.

Despite being an innovative system, the rigid sail offers all the necessary guarantees with regard to security and safety in accordance with the current maritime standards, as well as the approval of the installation by Bureau Veritas and the Dirección General de la Marina Mercante (Spain).

The eSAIL® is a lightweight, compact technology with low maintenance costs that can be installed on both existing and new build ships, and with a clear focus on the cargo fleet.

This project, which started in 2018 due to the participation of both companies in Kaleido’s Fishing Accelerator, was made possible thanks to the clear vision of a group of people and the financial support of several institutions. 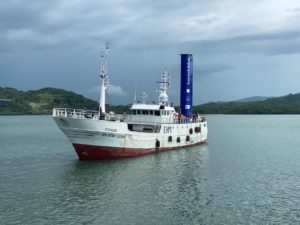 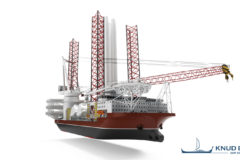 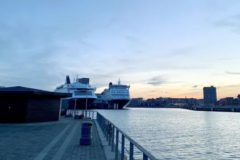 DFDS ferries in Copenhagen will be receiving shore power