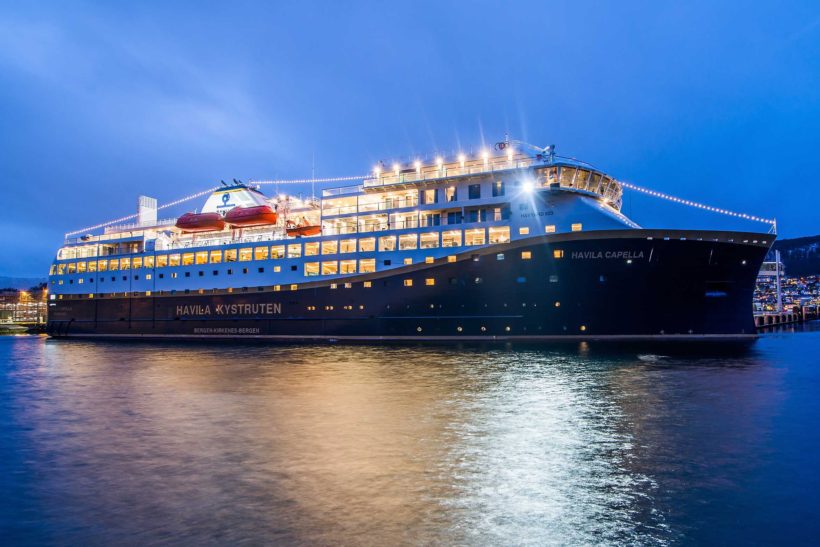 CEO of Havila Voyages, Bent Martini, said the company are very happy to finally cast off and get the first experience of the Norwegian coast and become a part of the historic route which provides lifeline services along the coast.

As Havila Voyages have established a new shipping company and built the first new ship in 18 years with three more new ships in build, 12 December 2021 was a historic day both for Havila and for the Bergen-Kirkenes coastal route .

Havila Voyages has spent around NOK 500 million to make the ships environmentally friendly. Among other things, the plug-in hybrid ships have the world’s largest battery packs designed for passenger ships.

They weigh 86 tons and have a capacity of 6.1 megawatt hours which is equivalent to 600 top of the range Teslas.

The batteries allow the ships to sail for four hours without noise and emissions, and can sail quietly and sustainably through world heritage fjords and pristine natural areas.

The food concept on board with no buffets and where guests are personally served at their tables for all meals also means Havila Voyages will cut food waste by a total of 60 tonnes per year.

Martini says Havila Voyages sails among the world’s heritage and priceless nature and should do so in such a way that even those who come after us can experience it in the same way. 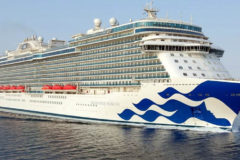 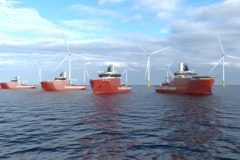