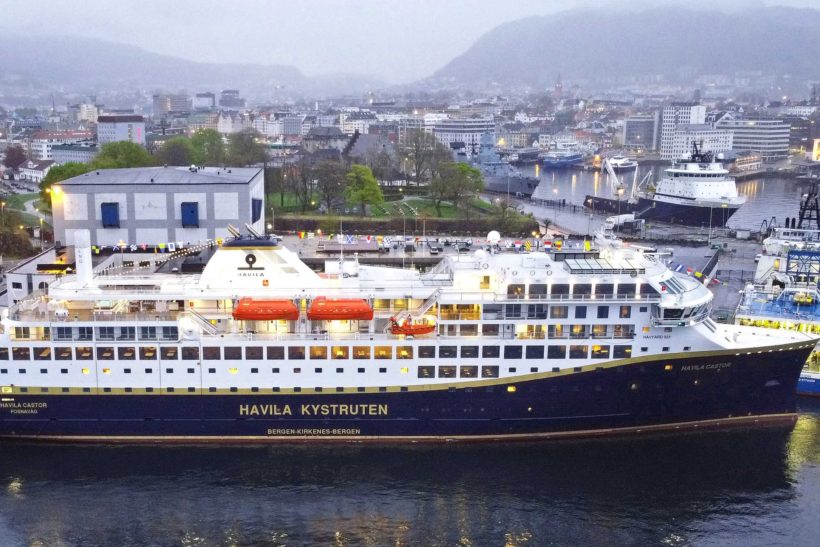 Havila Voyages newest ship is said to be the world’s most environmentally friendly passenger ship, and will operate the classic coastal route between Bergen and Kirkenes.

On 5 May she docked in Bergen for the first time, after a long voyage from the Tersan shipyard in Turkey.

“This is a milestone for our shipping company, and it was great to see the beautiful Havila Castor arrive here to Bergen”, says CEO Bent Martini.

“The crew on board has made a fantastic effort on the voyage from Turkey and arrived much earlier than expected in Bergen.

“At the same time, they gained a lot of experience from the return voyage with Havila Capella last year and have performed the sailing with significantly less consumption of natural gas (LNG). It is simply impressive what they have achieved”.

Havila Castor has an energy-efficient hull design, created to handle the varied weather along the Norwegian coast.

The ship has the world’s largest battery pack on a passenger ship with 6.1 megawatt hours (MWh), which means that the ship can sail emission-free for up to 4 hours.

The ship’s propulsion is a combination of natural gas (LNG) and the battery pack, which means that the ship already reduces CO2 emissions by up to 30 % and NOX emissions by 90c%.

This means that you can call the ships of Havila Voyages the most environmentally friendly ships that sail the coastal route. 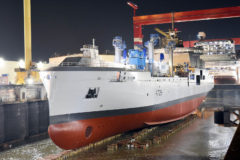 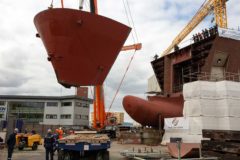