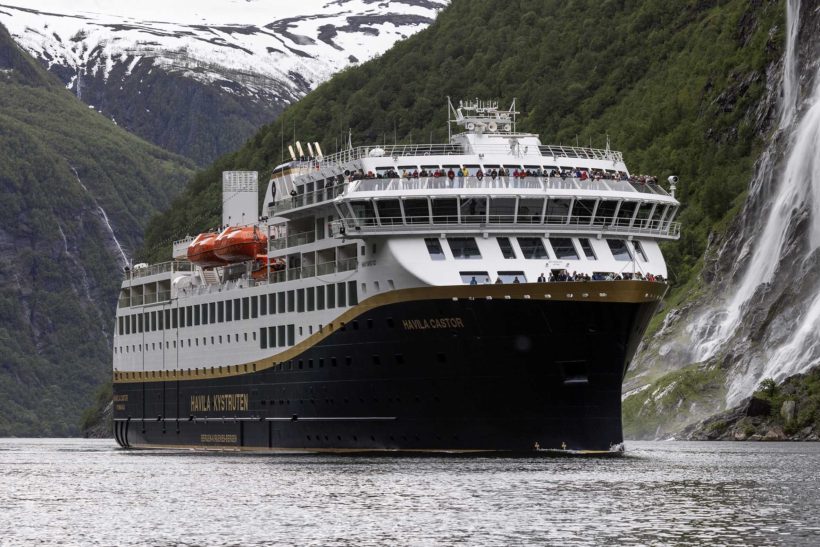 Havila Kystruten`s newest ship, Havila Castor, made history in the Geirangerfjord on 2 June 2022 by operating the first zero emission cruise through the world heritage fjord.

Havila Kystruten’s ships are built for the future and are the most environmentally friendly ships along the Norwegian coast.

With a battery pack of 6.1 Megawatt hours (MWh), the world’s largest battery pack on a passenger ship, the ships can sail up to four hours on pure battery power.

In combination with liquefied natural gas (LNG), CO2 emissions are reduced by 30 % and NOX emissions by 90 per cent compared to similar vessels that use fossil fuel.

The summer season is under way, and thus the Geirangerfjord is open for cruise and ferry traffic. In 2018, the Norwegian Parliament decided that cruise ships and ferries must sail emission-free in Norwegian World Heritage fjords as soon as technically possible, and no later than 2026.

On 2 June 2022, Havila Castor carried out the first voyage in the Geirangerfjord emission-free and silently.

“Even the weather was on our side yesterday and turned out to be much better than expected. This was a milestone for us. We proved that we can deliver on the future requirements from the authorities”, says Bent Martini, CEO of Havila Kystruten.

“We spent just over 60 per cent of the battery’s capacity on this voyage and that demonstrates to us that the goal of four hours on battery clearly is achievable. With even more testing and adaptation of all energy use on board, we will eventually be able to sail the entire world heritage emission-free without major challenges”, says Martini.

In order to have the opportunity to use the batteries on board to a greater extent than now, Martini is calling for access to shore power along the coast. 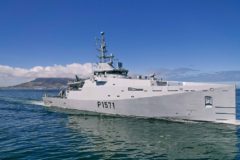 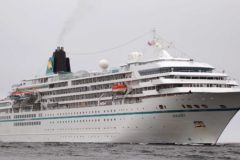