On 29 April the 1952-built tug Holland left Harlingen in Holland, and during May she toured a number of Scottish ports, visiting Leith, Stromness and Troon amongst other places. Built as a salvage tug by Ferus Smit yard, Holland, she salvaged 161 ships during between 1951 and 1975. In the summer months she was put into use as an extra ferry operating between Harlingen and the island of Terschelling, so she was fitted out with saloon accommodation for as many as 700 passengers.

In 1999, after she had worked for the Dutch Ministry of Waterways and Public Works, the scrap yard beckoned, but she was saved by the Salvage Tug-boat Holland Foundation and since 2004 has been registered as a Voyaging Monument. Holland measures 57.35m by 9.54m and is powered by a ten-cylinder 1499 Werkspoor type TMABS3910 engine. 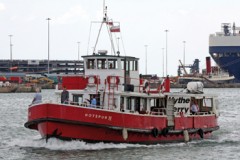 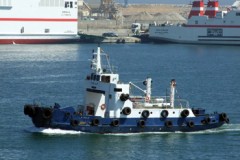