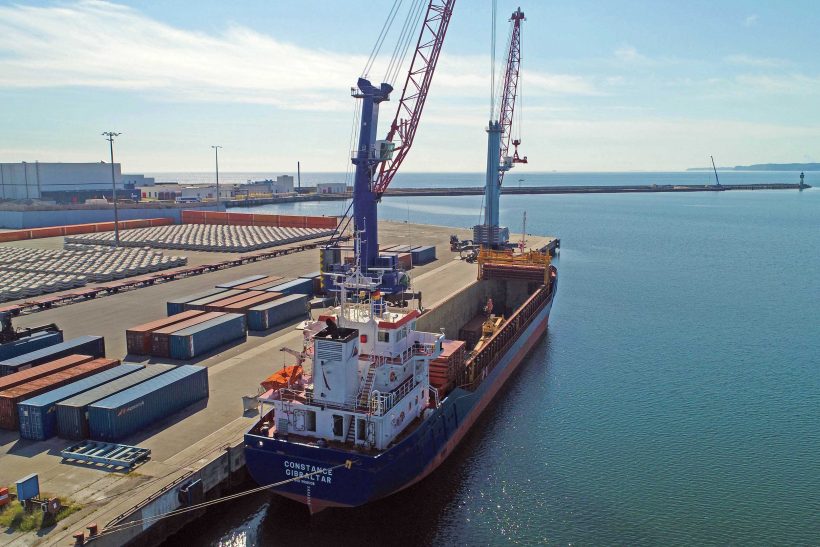 Since the end of March, Mukran Port Terminals GmbH has been operating a fixed sea route as part of the New Silk Road between Asia and Europe in cooperation with DBO Bahnoperator GmbH under the ‘flag’ Baltic Sea Bridge.

During these ten weeks of continuous operation, with a weekly departure from Baltijsk (Kaliningrad region) towards Mukran Port, 2200 containers (TEU) were transported. This result has now led to the frequency of departures being increased to twice a week.

“The increase in departure frequency is a strong indication of the route’s performance. It also shows that the Mukran Port with its well-developed hinterland connections is an important strategic hub for container traffic in the Baltic Sea region within the framework of the New Silk Road,” says a satisfied Harm Sievers, Managing Director of Mukran Port Terminals GmbH.

Baltic Sea Bridge and DBO Bahnoperator GmbH, responsible for the capacity utilisation on the Silk Road route, have jointly decided to take this step after evaluating the first weeks of operation.

However, the container volume not only makes a higher frequency of departures necessary but also a faster and more economical ship. From now on this function will be performed by the shipping company’s own ship, Constance, which has a capacity of 300 TDW.

“For our company, Mukran Port has developed into a reliable hub for East-West traffic – we are delighted to see this,” says Arne Ehlers, Managing Director of the shipping company BREB, which handles the charter process for Baltic Sea Bridge.

Germany’s easternmost deepwater port is accessible to all classes of ships operating in the Baltic Sea region. The port is located directly on the open sea and thus enables an uncomplicated approach for shipping. Therefore, time-consuming trips to the port area are not necessary.

There is also no pilotage obligation. The port’s own railway company Baltic Port Rail Mukran is responsible for railway logistics. It organises the punctual provision, collection and shunting services of wagons. The port and station area has a total of around 90 kilometres of track.

Baltic Sea Bridge is a brand and business unit of Mukran Port Terminals GmbH und Co KG. The aim is the complete development of the Silk Road corridor across the port and industrial zone of Mukran as well as the acceptance of short sea container loads.

Baltic Sea Bridge acts as an interface of the United Transport and Logistics Company – Eurasian Rail Alliance (UTLC ERA) to Western Europe. UTLC ERA provides services for the transport of containers by regular container block trains on the China-Europe-China route through the territories of the Republic of Kazakhstan, the Russian Federation and the Republic of Belarus. 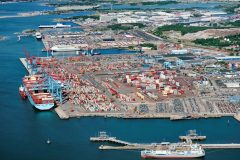 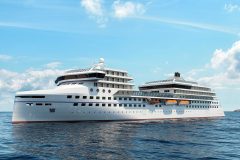