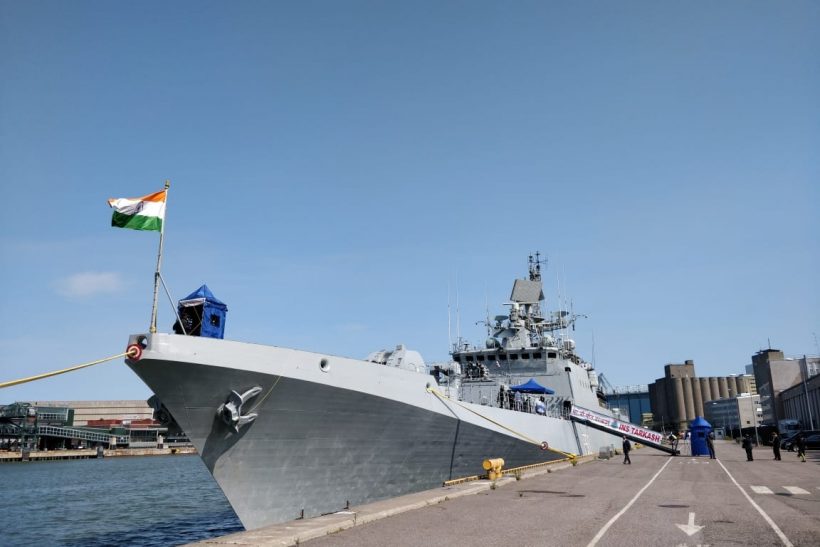 The Ship is part of the Indian Navy’s Western Fleet and is under the operational Command of Flag Officer Commanding-in-Chief, Western Naval Command, (based at Mumbai), Vice Admiral Mr Ajit Kumar.

He will lead the Indian Navy delegation during the visit. Vice Admiral Ajit Kumar met the Deputy Mayor of Helsinki, Mr. Tomi Sevander and will call on Mr. Jukka Juusti, Permanent Secretary of Defence.

The Ship was open for visitors on 1 August 2019 from 1000-1230 at LHB Quay at Hernesaari Artholmen harbour, Hernematalankatu 6, Helsinki.

Dignitaries and government officials of Finland, diplomatic corps, Indian Community and friends of India are scheduled to visit INS Tarkash while she is docked in the port of Helsinki.

Professional interactions were planned with the Finnish Navy and Coast Guard to further enhance bilateral cooperation. Social engagements, sports event and sharing of best practices have been organised for the crew.

Finland and India have traditionally enjoyed warm and friendly relations. Bilateral agenda and cooperation is diversifying. The visit of INS Tarkash is one of the highlights of events to celebrate 70 years of India-Finland diplomatic relations this year.

INS Tarkash is a ‘stealth’ frigate commissioned into the Indian Navy on 9 November 2012 and incorporates latest stealth features.

INS Tarkash, commanded by Captain Sathish Vasudev, carries weapons and sensors and is manned by a crew of over 250, including 30 Officers, making her one of the most important platforms of the Indian Navy.

Indian Navy Ships are regularly deployed as part of Indian Navy’s mission of building ‘bridges of friendship’ and strengthening international cooperation with friendly countries as well as to address maritime concerns. 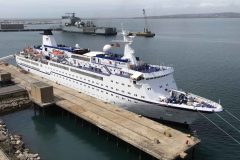 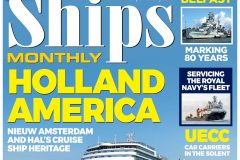