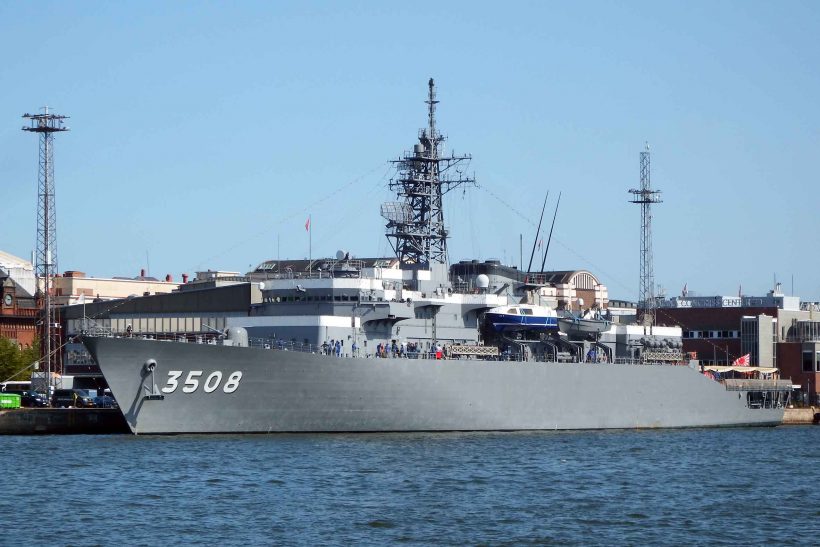 JDS Kashima and Makinami berthed at Port of Helsinki’s South Harbour 3-6 August as a courtesy visit as part of the celebrations of Finland’s independence centenary last year and the country’s armed forces in 2018 plus Finland-Japan diplomatic relations next year.

As the flagship training vessel of the Japanese Maritime Self-Defence Force, JDS Kashima (TV3508) was in fact making its second visit following on its maiden call five years ago. Accordingly, Rear Admiral Hiroyuki Izumi was met by the head of the Finnish Naval Academy Commodore Sakari Martimo and the band of the Finnish Coastal Regiment.

The 2004-commissioned JDS Makinami (112)on the other hand is a Takanami-class destroyer, which has been mainly assigned to the Indian Ocean and has done tours of duty off Somalia as part of the international anti-piracy operations there.

Both ships are on a five-month training voyage and have come from Stockholm and continued on to Poland.  Kasima’s vital statistics are 143 metres long with an 18-metre beam and just a 4.6 metre draft weighing 4,050 tons standard displacement. Her complement totals 370 made up of crew and recently graduated naval officer cadets.

Originally ordered in 1991, work was delayed until 1993 due to the first Gulf War, but finally began at Hitachi’s Maizuru Navala Arsenal. Kashima was commissioned in 1995. It is perhaps no coincidence that the ship has made this debut call after two recent visits by the Chinese PLAN navy ships in the autumns of 2015 and 2017. 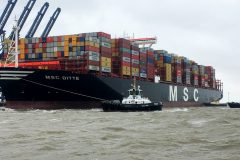 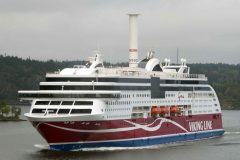