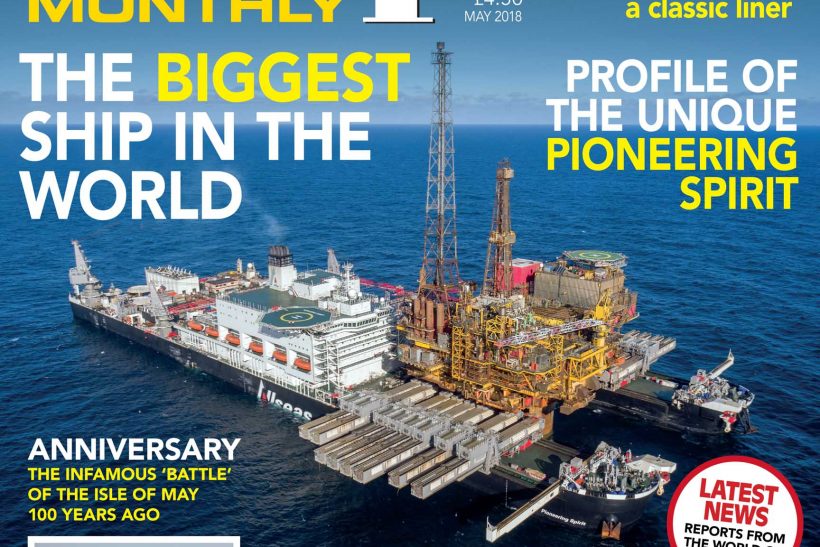 News includes a look at the vessel of the year, Maersk Master; where to see tall ships in 2018; and jack-up vessel Seafox 5 ready for services.

It’ been a good year for Seatruck, the fast ferry Jonathan Swift is off to Spain, and changes are happening for Wightlink.

In the cruise sector, Deutschland charter has been extended, the latest on Celebrity Edge, and Greek passenger numbers are down.

In naval, HMS Ocean bows out after 20 years, and two European alliances are being form.

Evergreen set to add 20 ships to its fleet, tankers go for recycling, and details of a new cargo vessel has been ordered for Scotline.

There are two news features: Remembering the Battle of the Isle of May 100 years ago, and a review of an exhibition at the V&A Museum looking at ocean liners.

WEST TO EAST Before and after photographs of cargo ships that were sold from west to east. Roy Fenton

VRONSKIY PROFILE The vintage ferry Vronskiy, which was delivered in 1978 as Prinses Beatrix and remains in service in the Mediterranean. Matt Davies 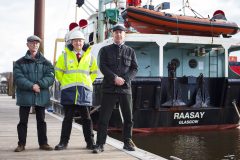 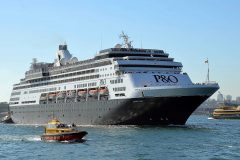