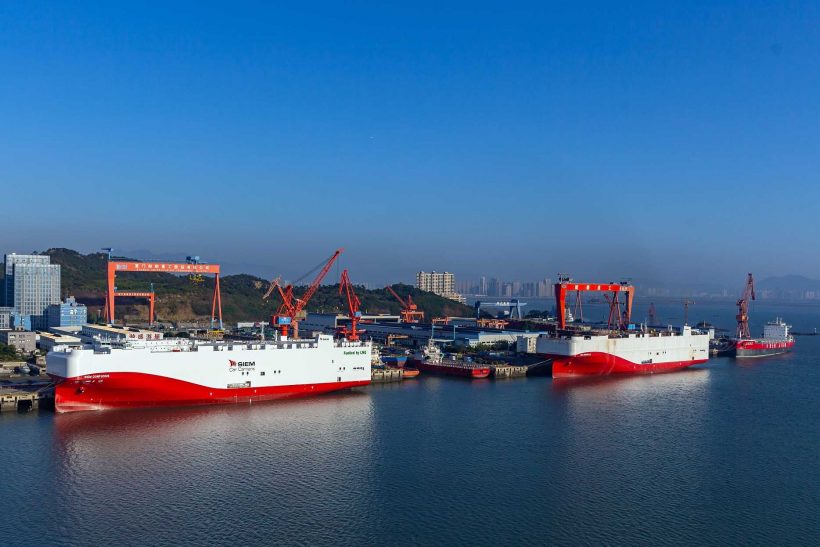 Siem Car Carriers officially launched its latest vessels at a naming ceremony at Xiamen Shipyard in China on 15 November 2019.

Siem Confucius and Siem Aristotle are the first transatlantic PCTCs (Pure Car Truck Carriers) to operate full-time on LNG and are both powered by an identical MAN Energy Solutions’ propulsion solution. The vessels will transport cars for the VW Group between Europe and China.

Mikael Adler – Vice President, Head of Region Asia Pacific – Engines and Marine Systems, represented MAN Energy Solutions at the event and said: “I’m very happy to be here for what is the culmination of several years’ work.

“These vessels represent a new departure and a new ambition with their LNG-fuelled propulsion solution heralding a new era of diminishing emissions within trans-Atlantic shipping as well as within the global, car-manufacturing supply chain.

“This ties in perfectly with MAN Energy Solutions’ belief that it is time for a ‘Maritime Energy Transition’ to find clean, decarbonised solutions for seaborne trade and transportation.”

The vessels are driven by a four-bladed MAN Alpha fixed pitch propeller of the highly-efficient Kappel design. The propellers have a diameter of 6.95 m and were produced by MAN’s propeller licensee, Dalian Marine Propeller Co., Ltd., in China.

MAN reports that these are the first L28/32DF units approved for Tier III operation without SCR (Selective Catalytic Reduction), as well as being the first such units to be built by Chinese licensee, CMP.

Furthermore, these are the first 28/32DF engines to be built in a 7-cylinder variant. All GenSets are turbocharged by individual MAN TCR 16 (for the 9L28/32DF units) or TCR 18 (for the 7L28/32DF units) turbochargers, with the entire set-up overseen by MAN’s proprietary SaCoS engine-control system.

VW stores its vehicles at German port, Emmen, for transport to China. As the shipping of cars from one continent to the other contributes its fair share of emissions, VW – as one of the first OEMs – decided to significantly improve the environmental balance of its marine transport fleet by ordering the new car carriers.

Each of the newbuildings operated by Siem Car Carriers will be capable of carrying 4,700 vehicles. Both ships will be equipped with a two 1,800m3 LNG tanks installed below deck to fuel the MAN B&W ME-GI main drivers.

The vessels are replacing two of nine conventional PCTCs in Siem’s fleet. Each newbuilding is estimated to cut CO2 emissions by up to 25%, NOx by up to 30%, particulate matter by up to 60%, and SOx almost completely. 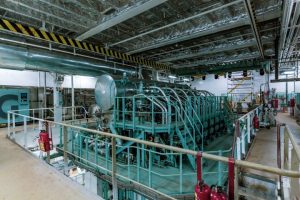 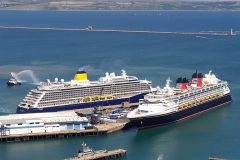 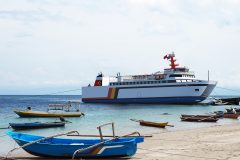