Loch Katrine steamer out of steam

Before the Covid-19 pandemic brought postponements and cancellations to historic ship operations worldwide, it had already been decided that the steamship Sir Walter Scott, which has been running on Loch Katrine since her completion in 1900 by William Denny and Bros, would not sail in 2020.

During her annual survey, serious issues were discovered with her two boilers.

Many factors may affect the longevity of a ship’s boiler, including the materials from which they were made, the people who made them, how they have been used in service and what stresses they have been subjected to. Sir Walter Scott’s current boilers were manufactured by Cochran in 2008, and now need attention.

Chief executive and trustee James Fraser said: ‘Our trustees are determined to ensure the historic steamship continues to have a future operating on Loch Katrine and immediate steps have been taken to explore options to bring her back into service.’

Sir Walter Scott usually sails from Trossachs pier at the east end of the loch, seven miles north-west of Callander, and runs a ferry service eight miles west along the loch to Stronachlachar pier during the summer months. 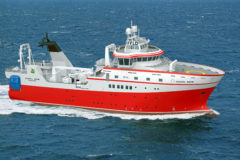 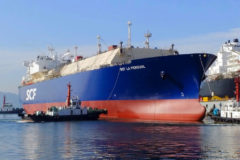