Mærsk hit the national headlines in February when they announced the signing of a £1.17 billion contract with Korea’s Daewoo Shipbuilding & Marine Engineering Co Ltd to build ten of the largest and most efficient container ships ever.

Scheduled for delivery between 2013 and 2015, the new ships, according to Maersk, will ‘change the shipping industry’s understanding of size and efficiency’. The new design has been called the Triple-E class because of its three main purposes: Economy of scale, Energy efficient and Environmentally improved. It is claimed they will surpass the current industry records for fuel efficiency and carbon dioxide emissions per container moved, currently held by the Emma Mærsk class vessels. The vessels will be 400m in length and 73m high, making them the largest vessel of any type on the water today. They will have a capacity of 18,000TEU, 16 per cent greater (2,500TEU) than that of the current largest vessel, Emma Mærsk. 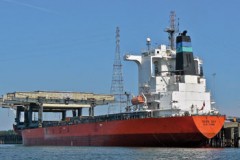 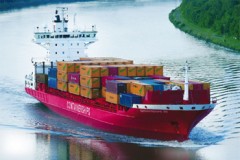