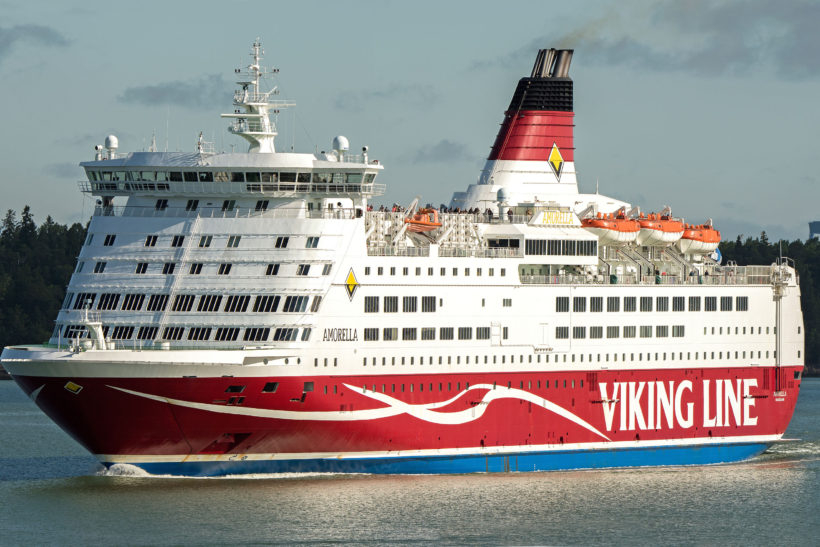 The crew of Viking Line’s ferry Amorella has been awarded the prestigious Sea Sunday Prize for their professional efforts in the vessel’s grounding off Åland one year ago. “The only way to prepare for surprising situations is to train,” says the vessel’s master, Rune Fellman.

On 20 September 2020 Viking Line’s passenger ship Amorella went aground southeast of Långnäs in Åland. The grounding was caused by a leak in the bow.

A more serious accident could be averted since the vessel’s crew managed to navigate the vessel ashore at Järsö. At the time, there were 281 people on board.

“I am especially grateful that we were able to avert a second grounding on the other edge of the waterway. We manoeuvred the vessel in a controlled manner toward the shore and in that way avoided further damage. In situations like this, the crew’s ability to work together as a team is tested. We did excellently in that respect,” says the vessel’s master, Rune Fellman.

“We at Viking Line have invested a great deal over the years in our vessels’ safety systems and in regular safety exercises. The only way to prepare for surprising situations is to train.”

On 20 September Amorella’s crew will be awarded the Sea Sunday Prize in maritime safety for its professionalism.

The prize is recognition for worthy efforts in maritime safety and was established in 1997 by the Finnish authorities together with organizations involved in professional maritime transport and pleasure boating.

The jury’s reasoning in awarding the prize was as follows:

“Evacuating passengers and crew from a passenger ship requires great professional skill and regular training in partnership with various organizations. Amorella’s crew under the leadership of Rune Fellman managed the evacuation safely and professionally.

“According to passengers’ responses, the rescue measures were carried out calmly and in a way that made the passengers feel they were in safe hands and that their evacuation would proceed smoothly.”

The vessel’s master, Rune Fellman, is pleased about the prestigious prize.

“It is great that maritime safety in Finland maintains such a high standard. This recognition shows that the safety work carried out at sea is observed and appreciated. I would like to extend my warm thanks on behalf of the crew to the organizations in the maritime transport industry.

“Although it has already been a year since the accident occurred, I guarantee I will always remember that day. I think that everyone involved feels the same way,” says Rune Fellman. 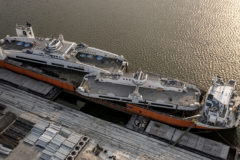 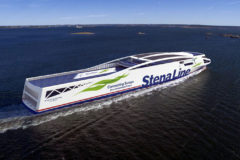