Ionian Spirit was the last of six well-known Meyer Werft-built ‘Pappenburgers’ to leave the Baltic after serving Viking Line as Viking 3, Vasa-Umea Line as Wasa Express and Eckero Line as Roslagen. Now registered in St Vincent and Grenadines, Ionian Spirit was bought by Agoudimos in 2009.

Red Star 1 started life on the English Channel as Thoresen’s Viking III and later launched a Townsend-Thoresen route between Felixstowe and Zeebrugge before undertaking a nomadic Scandinavian career. 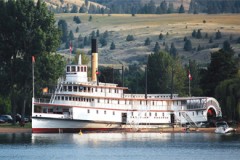 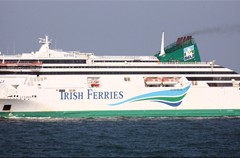