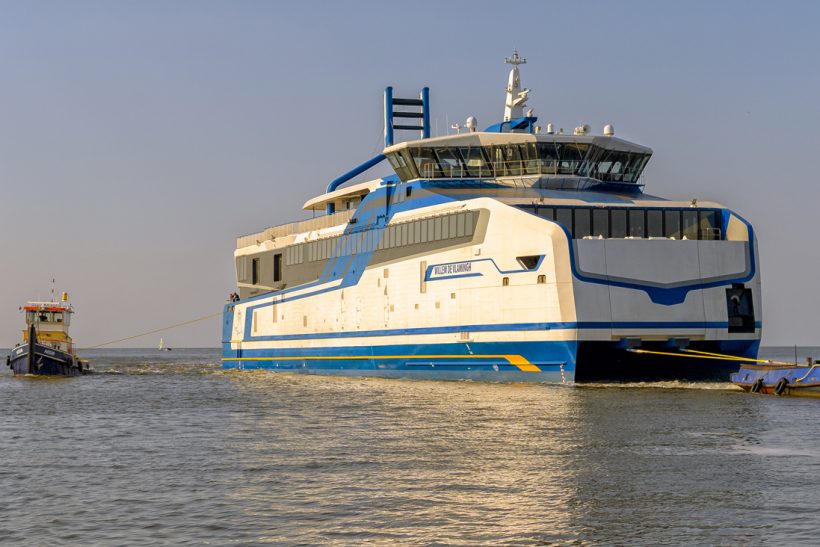 The new LNG catamarans for Rederij Doeksen arrived in Harlingen at the end of May 2019.

Willem Barentsz was taken off the heavy load carrier Sun Rise around 9.40am and Willem de Vlamingh followed around 10.20am.

The route to Harlingen harbour went from Marsdiep via the Texelstroom, Doove Balg and Boontjes. At the port of Harlingen, the ships was welcomed by sea tug Holland.

Willem Barentsz and Willem de Vlamingh arrived in Harlingen harbor around 6.30pm. Many interested people watched around the harbour as the ships came in.

Both ships were moored alongside the quay at Nesta Shipping, where their completion will take place during the coming months. From 7 January 2020 the vessels will be permanently deployed in the timetable.

In 2016 Rederij Doeksen commissioned the Australian shipbuilder Strategic Marine to build two new catamarans, to be powered by LNG (Liquefied Natural Gas), for operation on the Wadden Sea to and from the islands Terschelling and Vlieland.

Dutch design agency Vripack was responsible for the design of both the interior as well as the exterior of the vessels.

The two new vessels are equipped with innovative applications that make the vessels much more economical and substantially cleaner than regular ferries. The project contributes to the theme “Sustainable development of ports and energy transition” from the Wadden Fund Pioneer Program 2012-2013. The Wadden Fund awarded Rederij Doeksen a subsidy of € 1,207,500 for this new-build project. 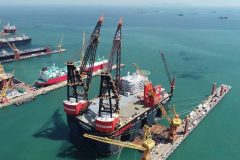 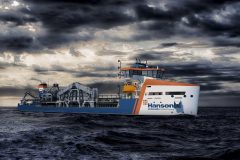