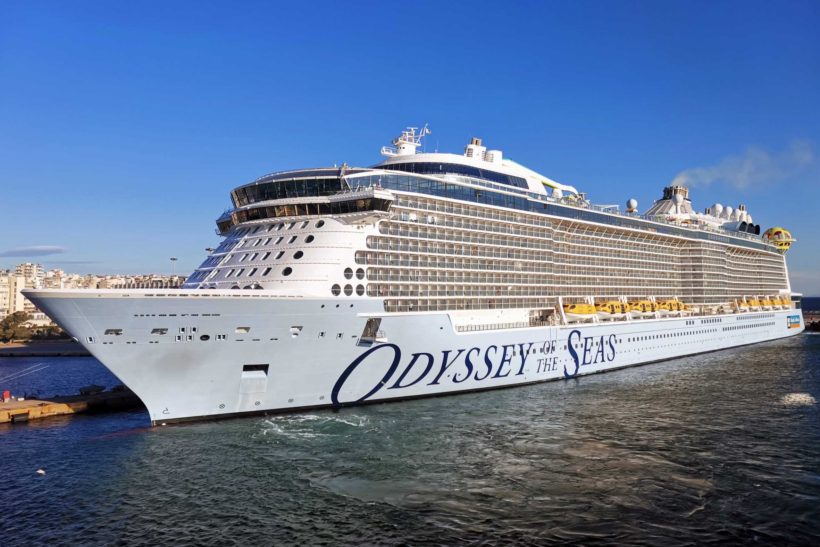 The last of the Quantum class vessels, Odyssey of the Seas, was in Piraeus late May after a 14-day repositioning cruise which involved crossing the Atlantic before she commenced her first European summer season, with itineraries based out of Civitavecchia.

The 167,704gt ship, in her distinctive hull, can carry 4,180-4,905 passengers. She was built by Meyer Werft in Papenburg, but her delivery was twice delayed by fires and the pandemic.

Her delivery finally took place in March 2021, and she was formally delivered – virtually because of the pandemic – on 31 March. Her maiden voyage the following July saw her cruising from Fort Lauderdale to the Caribbean. Her 2021 European season was cancelled due to Covid-19.

According to RCCL, the first nine-day cruise was from Rome and took in four Greek islands, as well as Kusadasi in Turkey.

From 25 May to 5 June the itinerary included calls at Haifa and Ashdod, in Israel, as well as at the Greeks islands of Rodos, Santorini, Mykonos and Crete.

After this she will make repeat cruises of six to 12 days in duration, calling at the same ports in the eastern Mediterranean. 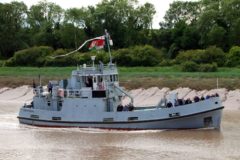 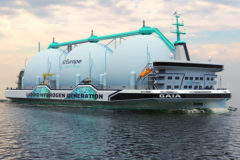