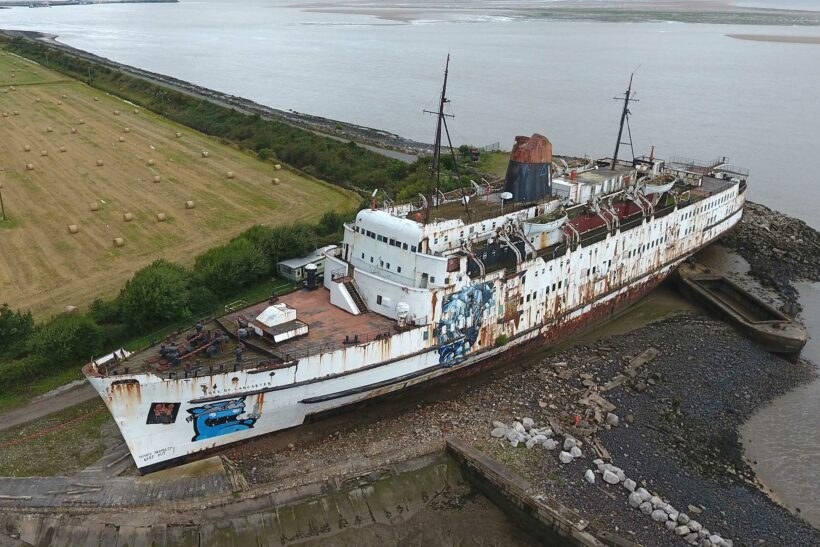 John Rowley, owner of the former Irish Sea ferry Duke of Lancaster, which is to be found ashore at Mostyn in the Dee Estuary, has slammed self-styled ‘explorers’ who got aboard by climbing up the anchor chain and then broke inside the vessel after helping others to follow.

The 4,450gt steam-turbine-powered ferry was built in Belfast by Harland and Wolff and delivered in 1955 for services on the Irish Sea, being followed by sisters Duke of Rothesay and Duke of Argyll.

With an original capacity of 600 first class passengers and 1,200 second, she was converted to carry vehicles with stern loading and discharge by her original builders and ran between Holyhead and Dun Laoghaire in Sealink’s green hulled colours until withdrawn in 1979.

Duke of Lancaster was moved to Mostyn later the same year and operated with varying degrees of success as a ‘Fun Ship’ with coin operated machines on board until 2004. 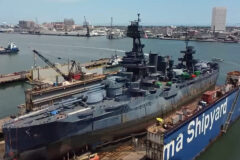 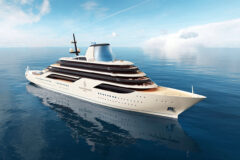