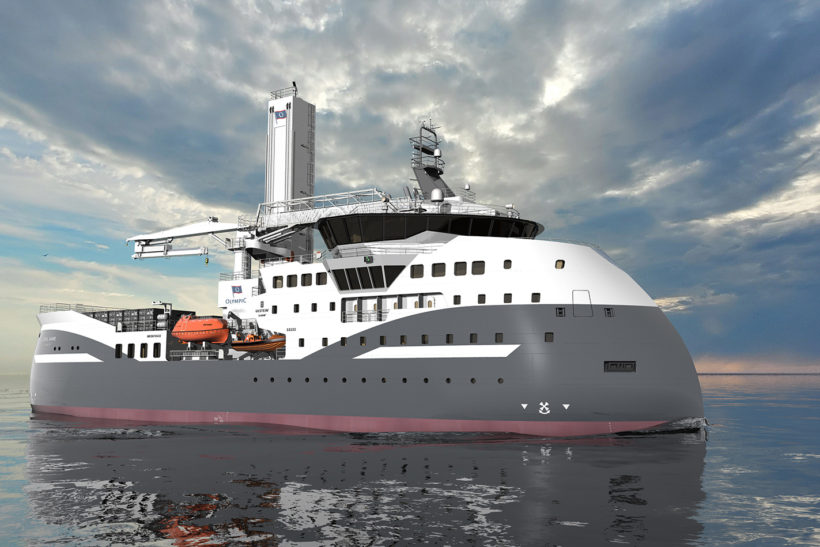 The vessels have hybrid battery propulsion and are prepared for methanol fuel to enable zero emissions. They are based on the ULSTEIN SX222 design with TWIN X-STERN from Ulstein Design & Solutions AS.

Norway-based Olympic has a fleet that operates in the subsea service and renewable energy markets.

Olympic was established in 1996 and is an important player in the maritime cluster on the Northwest coast of Norway.

Olympic has previously built six vessels at Ulstein Verft and was the first customer of Ulstein Design & Solutions.

“For us, it will be crucial that the vessels are delivered on time and at the right quality, and this is what Ulstein Verft is known for. This means we can meet our customers’ demands and get the vessels into operation at the agreed time.

“The TWIN X-STERN is a smart concept, optimised for low energy consumption. During operation, the offshore wind service vessels stay positioned at the turbines most of the time, and with the main propellers fore and aft, these vessels will reduce the energy requirement to a new level when on DP”, says CEO Stig Remøy in Olympic Group. He continues:

“As a shipowner in the Norwegian maritime cluster, it is important for us to invest in this cluster. With a shipyard, ship designer, suppliers and Vartdal Invest as a co-investor, this is a project with a strong local ownership.”

“We are excited to be working with Olympic again, an important and innovative player in the Norwegian maritime cluster and a company that we have had the pleasure of working with for many years, through many complex and successful projects,” states Cathrine Kristiseter Marti, CEO in Ulstein Group.

The vessels are prepared for future requirements at the offshore wind farms. The vessels are powered by diesel-electric propulsion with variable speed in combination with large battery energy storage systems.

The vessels are prepared for methanol fuel and have available space for additional battery capacity for full-electric repowering when the infrastructure for such is available. 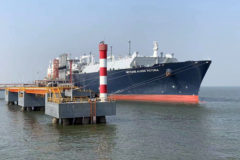 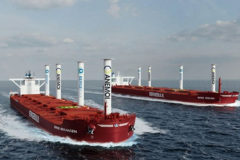