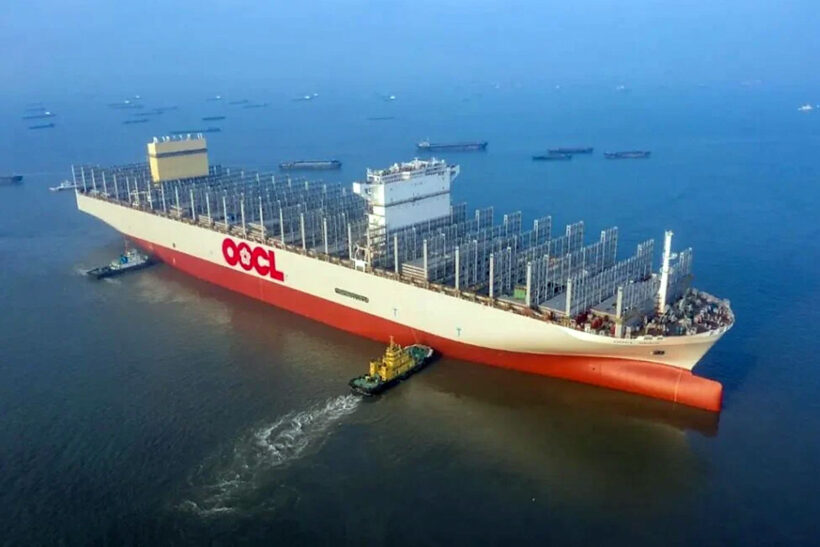 The launching ceremony of the new ultra-large vessel took place on 9 January 2023. The containership has a total length of 399.99m, a moulded width of 61.3m, a moulded depth of 33.2m, and a nominal container capacity of more than 24,000 TEU.

The ship is classed by classification society American Bureau of Shipping (ABS). After entering into operation, it will serve the Asia-Europe route.

According to the company, the vessel is the first 24,000 TEU containership constructed and launched by DACKS, reports Rotterdam’s Offshore Energy.

The design of the ship incorporates a newly developed energy-saving bulbous bow, propeller front shroud and other energy-saving devices.

Additionally, the first set of intelligent safety management system for the entire life cycle of the hull structure in China is independently developed to predict structural damage in advance.

With the application of the new technologies, the company strives to achieve greater environmental performance with the ship meeting the International Maritime Organization’s (IMO) requirements of EEDI Phase 3 in advance.

In November 2022 NACKS, another joint venture between Cosco Shipping and Kawasaki Shipbuilding, launched one more 24,000 TEU boxship for OOCL. 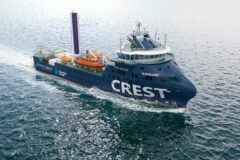 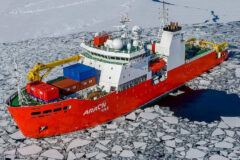