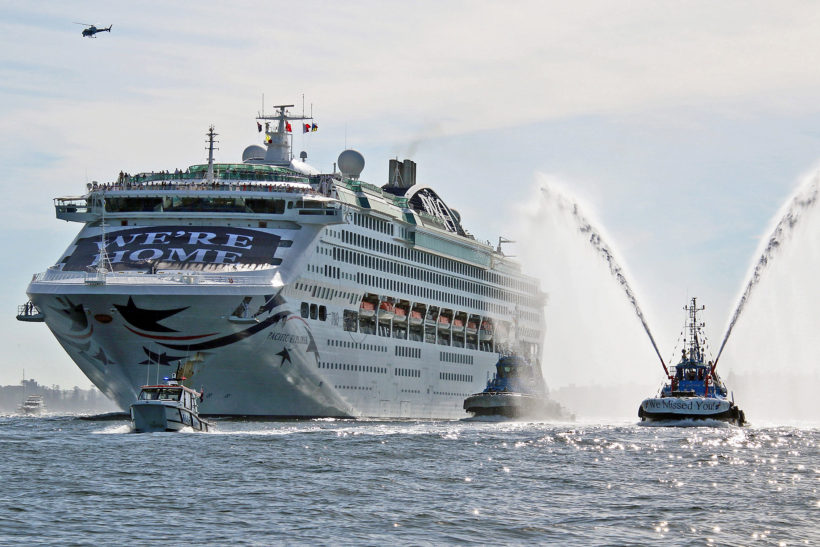 She will be tied up in Sydney for a few weeks while she is stored and the service crew arrive to prepare the ship for passengers before her first cruise, a short four-day trip to Brisbane and back starting on 31 May.

In perfect weather the ship received a big welcome with fire tugs escorting her down the harbour spraying fountains of water and helicopter footage being shown on most of our local TV channels.

All the tugs had welcome home banners across their bows, while Pacific Explorer wore a big banner saying ‘We’re Home’ on her forward superstructure.

Pacific Explorer (ex-Dawn Princess) has been operated by P&O Cruises Australia since June 2017, one of the brands owned by Carnival Corporation.

Photos and report by Stephen Moore 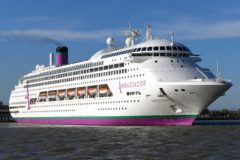 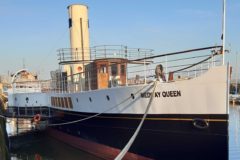