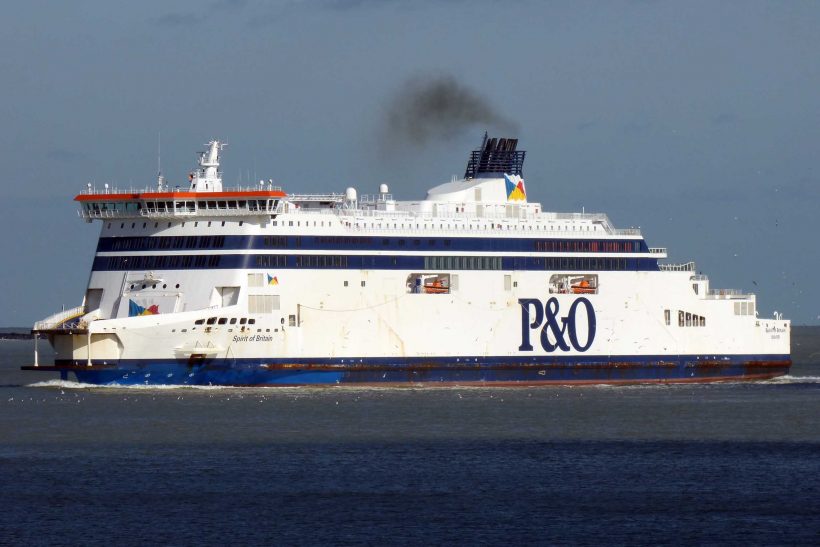 P&O Ferries has signed a contract with Guangzhou Shipyard International Ltd worth €260 million to deliver a new generation of ships on the English Channel.

Two new 230m super-ferries – the largest ever to sail between Dover and Calais – will be operational by 2023, with options to build two further vessels by 2024.

The major investment will secure P&O Ferries’ position as the leading provider of transport for people and goods between Britain and the Continent.

Janette Bell, Chief Executive of P&O Ferries, said: “These will be the most sustainable ships ever to sail on the English Channel, providing the best ever customer experience and setting new standards for reliability and cost efficiency.”

“Together with our freight and overnight routes on the North Sea, the new ships will offer customers travelling between Britain and Europe an unrivalled range of services connecting sea and land.

“They are designed to secure P&O Ferries’ position as a vital part of Europe’s transport infrastructure into the 2040s.”

Robert Woods, Chairman of P&O Ferries, added: “This major investment in a new generation of super-ferries is a powerful testament to the commitment of DP World, our owner, to enable trade flows between Britain and Europe by providing first class shipping capacity for many years to come.”

Major innovations of the new super-ferries will include cutting fuel use by 40 per cent through a combination of fuel and battery propulsion.

This will enable the engines to be run at the optimum level 85 per cent of the time, with the battery charging when excess energy is being created and discharging when the ship requires peaks of power.

The ship is designed with the capacity to be carbon neutral in the future on the twin assumptions that there are more electric shore charging stations in ports and batteries.

A double-ended design and two bridges on the ship, meaning that there is no need for it to turn around. The captain and senior officers will simply walk to the other end of the ship and navigate from the second bridge on the return leg. This will save seven minutes of time on both the outbound and return journeys and one ton of fuel, a sixth of the amount used on the entire 21-mile crossing.

The ships are designed to provide views of one of the most famous maritime landmarks, the White Cliffs of Dover, with in-built observation windows and an outside deck area with 1,550 square metres of space.

The passenger decks 8 and 9 have been designed with double height windows running around the entirety of the middle of the ship. These will have the effect of flooding the interior of the ship with natural light and provide spectacular sea views.

During peak summer season the ship will carry 1,500 people. However, during off-peak sailings, up to two thirds of the ship can be closed and the power management system will use innovative  software to turn off the lighting and ventilation in empty areas as well as optimizing the utilization of engines, batteries and energy recovered from waste heat.

The hull will be far broader than that of the ferries they replace on the Channel, making it feasible to have two azimuth thrusters at each end of the ship which will improve the vessel’s manoeuvrability, help drive it through the water and eliminate the need to turn around in port. 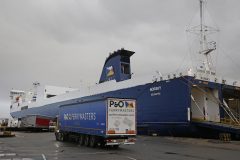 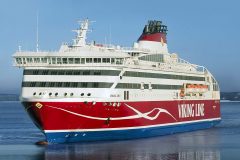