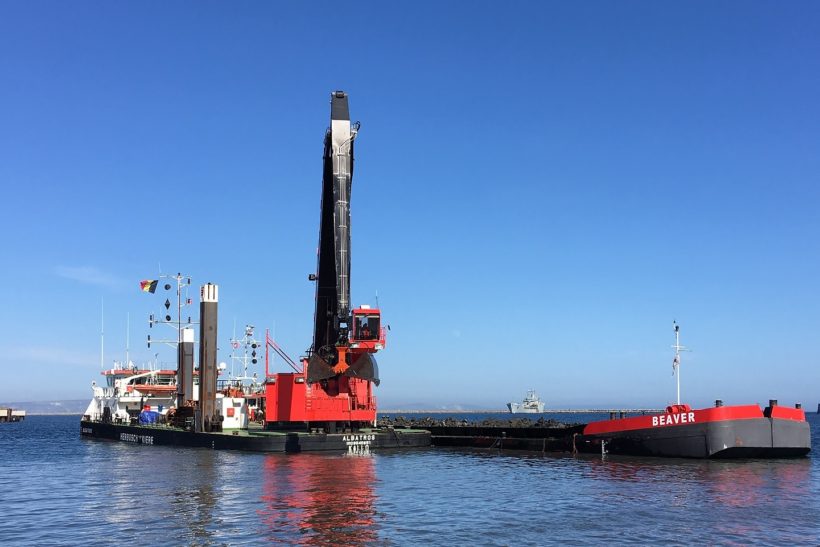 A major project that has been years in the planning and months in the undertaking, has been completed at Portland Port. The port’s main berths, Outer Coaling Pier (OCP) and the outer arm of Queens Pier (Q Pier) have undergone a dredging programme to enhance their capacities.

The increased water depth at these berths will be advantageous for all business areas at Portland Port, from RFA vessels and cruise ships to dry bulk and project cargo.

The requirement for dredging in Portland Harbour is not a regular occurrence, primarily due to the lack of riverine input into the harbour, its substantial depth, limited wave action, and the very low currents and tidal streams.

The seabed remains relatively unchanged, unlike many other ports where regular dredging campaigns are required to maintain depth, let alone increasing capacity.

OCP was initially constructed between 1890 and 1906, it had a pit in the centre for storing coal, with 6 large travelling cranes to load the coal powered warships. Q Pier was built later, between 1948 and 1954.

When OCP and Q Pier were first built, the draft and size of vessels meant a berth depth of 9 metres was more than adequate. However, with growing demands and the increasing size of some vessels, cruise ships in particular, these depths were becoming an ever increasing restriction, so the decision was made to increase the depth to 11m (below Admiralty Chart Datum), at the berths themselves and in their manoeuvring and approach areas.

Detailed planning was required for the dredging programme to ensure that the stability and structural capacity of the berths was not undermined during the process.

With Q Pier this meant that strengthening works had to be carried out beforehand. Sheets of steel were piled into the seabed around the foundations of the structure to add the necessary reinforcement. These works were completed in 2019 and allowed the dredging to take place right next to the berthing faces.

The port engaged specialist companies to design the dredging requirements, plan and carry out the operation. Quest Marine, a local company, undertook the initial dredging works on OCP.

Herbosch-Kiere undertook the dredging on the outer arm of Q Pier and completed the dredging at OCP, as this required specialist equipment which they already had.

The material removed during the dredging process was moved to two locations; one area within the commercial port area, which was part of the port’s expansion plan. The other is a licensed area of deeper water within the inner harbour.

These berths can now offer greater navigational safety to the larger vessels expected to be using the facilities and ensure that even in adverse meteorological and sea conditions, there is a safe under-keel clearance.

Portland Port will be able to accommodate vessels of deeper draft which will increase berth utilisation and aid the expansion of the port and its tenants.

PICTURE: P1 Dredging being carried out on Outer Coaling Pier 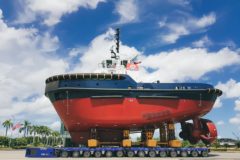 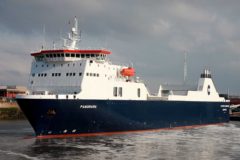