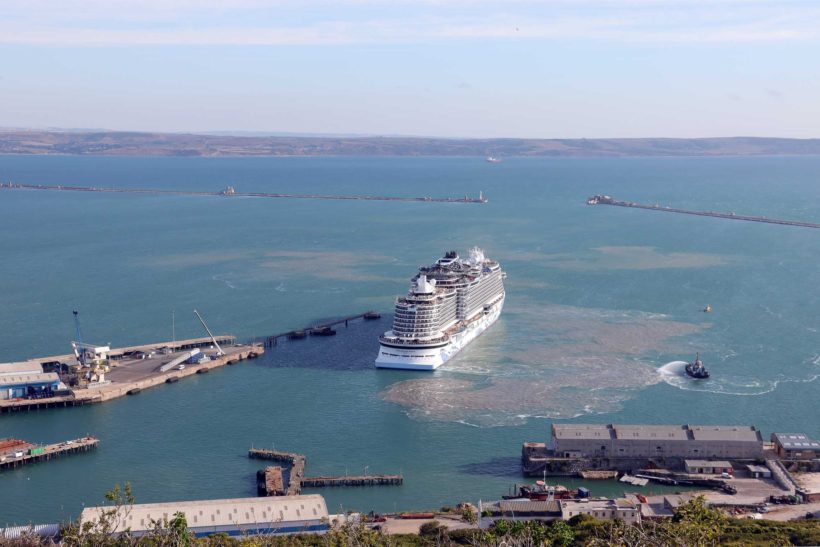 Portland Port is embarking on its largest and most ambitious improvement project to date, investing £26 million in a major berth development.

The port has applied for, and had approved, all the necessary permissions to carry out the project. The development will see the existing Deep Water Berth (DWB) removed, and replaced with a brand new, extended berth. In addition, the works will deliver a 74m extension to the solid quay face of our current primary cruise berth, the Outer Coaling Pier (OCP).

The outcome of the development works will be a brand new DWB with a 250m solid berth face, including a suite of new 150t bollards and with 12m water depth alongside, capable of handling cruise ships up to 350m long.

In addition, the OCP will be extended to produce a 250m solid berth face with 11m water depth alongside. Overall the project will deliver 16,000m2 of additional quayside space and be capable of handling two 350m LOA cruise ships alongside at the same time.

Alex Hayes, Landside General Manager at Portland Port, is overseeing the project and commented: ‘This is a key investment for the port and demonstrates our commitement to the continued development of our infrastructure. The project has taken a lot of time and planning to take it from its initial conception though to implementation. There is still a lot of work to be done before the project is complete, however the outcome will be a milestone for the port and its future.’

During the tender process, pre-qualifications were sent out to 20 applicants. Knights Brown are the Managing Contractor with Ramboll undertaking the design work as Principal Designer. Ramboll have used their expertise in the design of quay walls to minimise the tonnage of steel required as well as maximising the use of locally available rock within the works.

The piling works has been awarded to Red 7 Marine. Red 7 Marine and the port have worked successfully together before, during the construction of the two new dolphins on OCP in 2017. Red 7 Marine is an experienced marine company which has developed and grown consistently since 1999.

The preparatory works are already underway and, once complete, the development will have used 380,000 tonnes of locally sourced infill material and 4,800 tonnes of steel. The piling works are due to commence at the beginning of October with the both OCP and DWB being fully operational by 1st May 2023.

The initial surface finish of the quayside will be temporary but heavy duty, to allow for settling, with final surfacing works due to take place between October 2023 and February 2024. 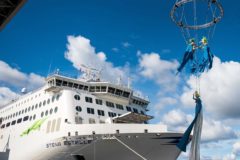 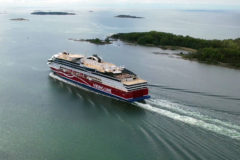 Record summer for Viking Line on its Turku-Mariehamn-Stockholm route