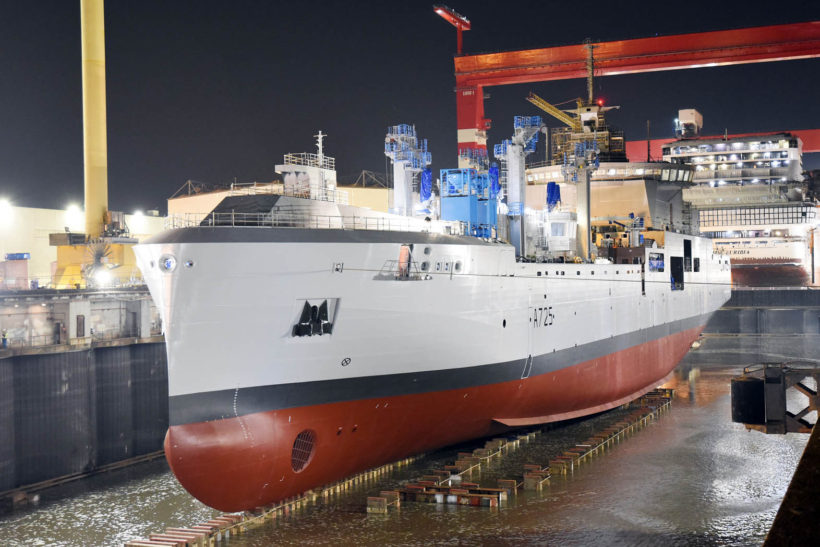 On 28 April 2022 the Bâtiment Ravitailleur de Forces (BRF) Jacques Chevallier, first of a series of four ships for the French Navy, was launched at Chantiers de l’Atlantique.

The contract to build the vessel was awarded in January 2019 to Chantiers and Naval Group. The four vessels will be delivered successively until 2029.

The FlotLog programme is part of a Franco-Italian cooperation led by OCCAR on behalf of the French Defence Procurement Agency (DGA) and its Italian counterpart NAVARM, within the Logistic Support Ship (LSS) programme.

Laurent Castaing, General Manager of Chantiers de l’Atlantique, said: “Our industrial facilities enabled us to assemble the 20 blocks of the BRF Jacques Chevallier’s hull in a record time of 50 days. This demonstrates that our expertise as manufacturer of civilian ships can greatly benefit the military in terms of time, cost and quality control.”

“This BRF, the first of a series of four ships, is a strong symbol of Franco-Italian cooperation. It is also a new successful cooperation between Chantiers de l’Atlantique and Naval Group, which combine their skills in order to offer the DGA and the French Navy the best expertise in the civil and military sectors in the construction of ships of heavy tonnages”, added Pierre Éric Pommellet, CEO of Naval Group.

The first sea trials will start in the second half of 2022, with delivery of the first unit scheduled for the first half of 2023. 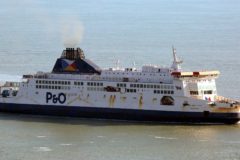 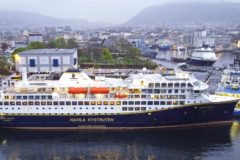