After returning to Plymouth in April for maintenance and helping to celebrate the centenary of the Terra Nova expedition to Antarctica led by Captain Scott, HMS Scott has now left Devonport Naval Base. A hydrographic survey veseel, the ship will resume its primary role of deep water surveying. Following tests off the South West coast HMS Scott will sail for the Atlantic.

HMS Scott is the fifth largest ship in the Royal Navy fleet and had a crew of 78. 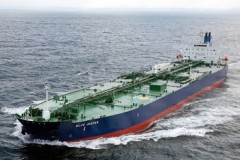