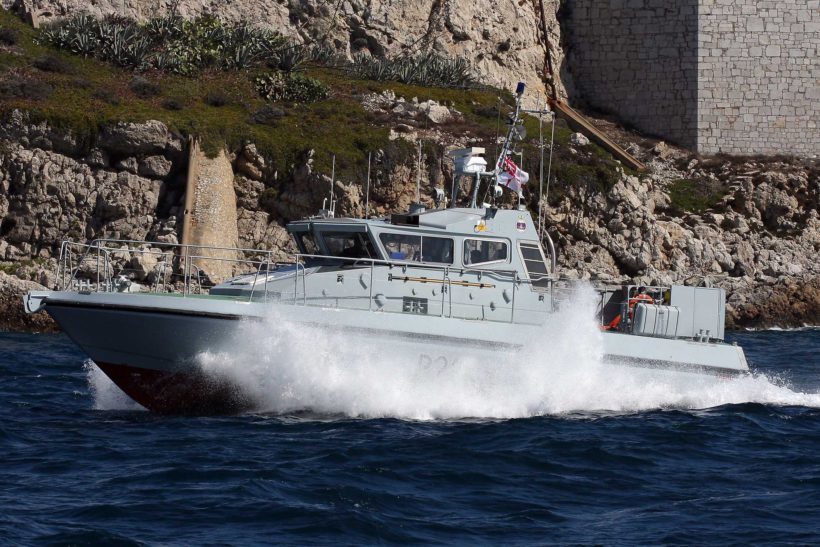 The Royal Navy has decommissioned patrol boats HMS Sabre and HMS Scimitar in a ceremony at Portsmouth Naval Base.

The last sailors to serve on Sabre and Scimitar gathered at the base for the decommissioning ceremony attended by affiliates and Royal Navy seniors on 30 March.

Both HMS Sabre and Scimitar started off their service in the Royal Navy under different names.

The vessels have spent nearly 30 years in service, serving in Northern Ireland in their early career and as guard ships with the Gibraltar Squadron from 2003 to late 2020.

They returned to the UK two years ago from Gibraltar, with HMS Dasher and HMS Pursuer taking over duties around the Rock temporarily while two patrol boats, HMS Cutlass and HMS Dagger, worked towards full operations.

The first replacement, HMS Cutlass, was recently handed over to the Gibraltar Squadron after three months of trials ahead of being declared fully operational this spring, while the second, HMS Dagger, is due to arrive later this year. 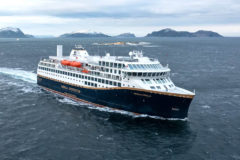 Havila Capella named the ship of the future