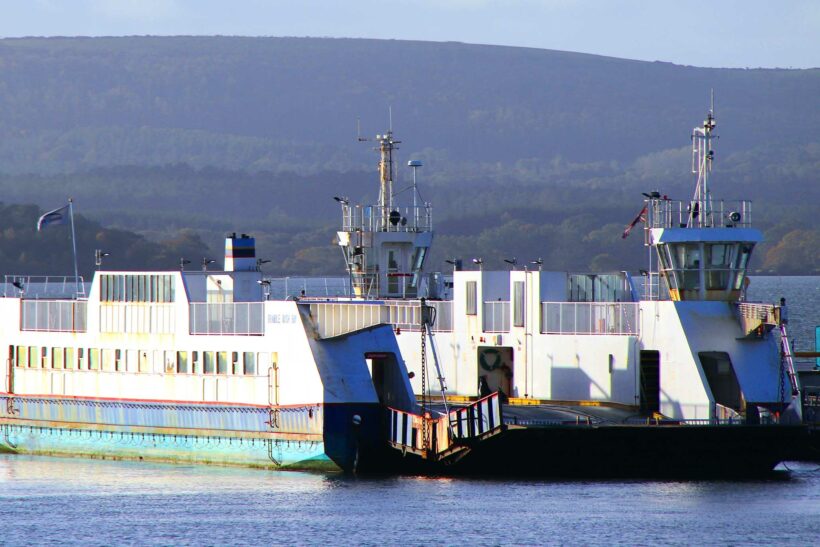 The bi-annual dry-docking of the Sandbanks chain ferry Bramble Bush Bay did not get off to a good start.

The floating bridge, which operates across the mouth of Poole Harbour between Sandbanks and Shell Bay, was removed from its chains on 30 October and moved to the Port of Poole in preparation for its tow to Falmouth for a major overhaul.

A period of unsettled weather delayed the towing operation, which was eventually completed on 13 November by the tug Venture.

However, the southern end prow was badly damaged during the journey to Falmouth, with owners The Bournemouth-Swanage Motor Road and Ferry Company placing the blame on the towage company.

The vessel was originally expected back in service for the busy Christmas period, however this is now likely to be delayed until the New Year.

Bramble Bush Bay was delivered by Richard Dunston of Hessle in 1994 and is the fourth ferry to operate the service. 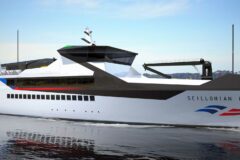 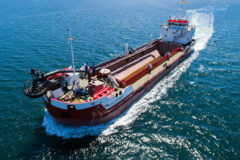