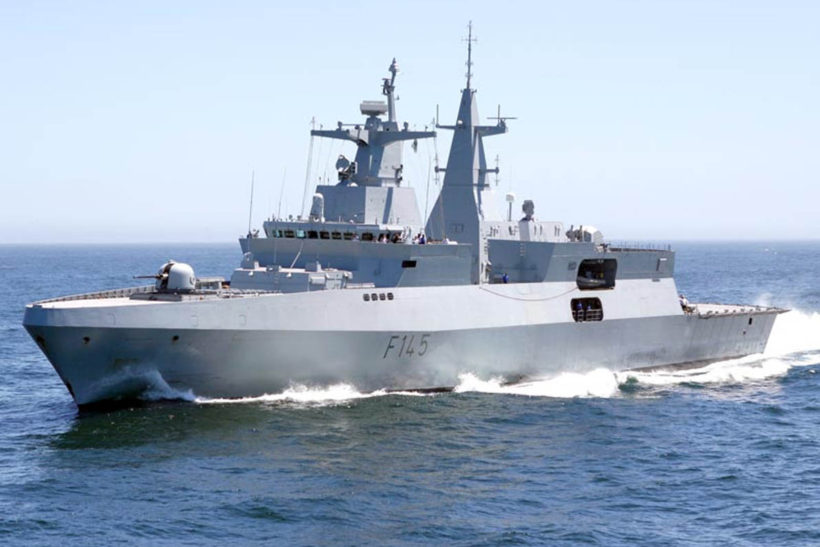 SAS Mendi (F148) is on her way back to full operational capability after “suffering catastrophic damage to her propulsion engines”.

The “damage” included total seizure of the Valour class frigate’s starboard propulsion engine while she was on duty in the Mozambique Channel.

“This defect was beyond repair and would eventually require both propulsion diesel engines be replaced,” according to the SA Navy’s (SAN) official quarterly publication.

The will to make the ship fully seaworthy with SAN technicians and colleagues at the Armscor dockyard working on what Navy News termed “a difficult and highly technical process”.

This involved cutting through deck plating to install special rigging equipment to move the engines.

In addition to mechanical challenges posed by replacing engines, financial limitation contributed to the vessel’s extended withdrawal from service.

Replacing main propulsion engines was expensive and, with SAS Amatola (F145) undergoing a refit around the same time, resources had to be prioritised.

This involved utilising working systems from Mendi on other operational vessels, further diminishing her capabilities. With the frigate slipping further from operational capability, many feared she might never return and it was not until December 2019 that Mendi’s second engine was installed.

While Mendi’s return to sea was important, there is still much work ahead. As long dormant systems are used again, small kinks and issues will show and must be ironed out. In addition, there is more training to be completed.

Mendi was the first SAN platform deployed in the Mozambique Channel on the Southern African Development Community (SADC) anti-piracy tasking Operation Copper in January 10 years ago.

Subsequent deployments saw other Valour class frigates, at least two of the current offshore patrol vessels, as well as the SAN replenishment vessel SAS Drakensberg (A301) and SAS Protea (A324), the hydrographic platform due for replacement in the next three years, on station in the busy shipping lane.

The Department of Defence has said that, due to historic and current funding shortages, only one of the four Valour Class frigates, SAS Amatola (F145), was partially refitted in 2014-15 and one of the three submarines, SAS Manthatisi (S101) was refitted in 2013-14.

Funding for the refit of the remaining frigates (SAS Isandlwana [F146], SAS Spioenkop [F147] and Mendi) and for the Type 209 submarine SAS Queen Modjadji 1 (S103) was not available since they became due for refits.

Pending the outstanding refits, the SAN current focus is to prioritise essential maintenance and repair of Spioenkop and Mendi, combat support ship SAS Drakensberg (A301) and submarine Manthatisi to ensure expedited operational availability. 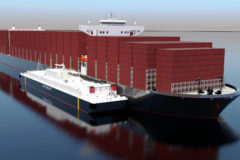 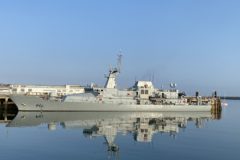