Scorpio Tankers Inc is one of the world’s newer tanker companies, having been launched in 2010 through an initial public offering on the New York Stock Exchange. However, it is also part of the Scorpio Group which, through its various executive officers and divisions, can trace its shipowning and shipmanagement activities back to the early 1950s.

In recent months the company has executed options with South Korea’s Hyundai Mipo Dockyard for two 52,000dwt MR product tankers and signed a letter of intent with SPP Shipbuilding, also of South Korea, for four similar ships, all to be delivered in the second and third quarters of 2014. Besides these agreements, Scorpio has taken fixed-price options to have eight additional MR product tankers built, with the price for each of the newbuildings, as well as the fixed-price options, averaging $33 million per vessel, a highly attractive price intoday’s market. Scorpio currently owns 12 tankers and has time-charters in 18 others, with the expectation that the ships will earn an average of about $16,250 per day for the rest of this year.

Although Scorpio tankers have managed to keep out of the news lately, the 73,956dwt STI Heritage, one of the company’s ice class 1A Panamax tankers, managed to transit the Northern Sea Route from Vitino, Russia to Map Ta Phut, Thailand in the summer of 2011 carrying 61,000 metric tons of Purovsky condensate, a first for the company. JS 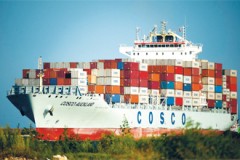 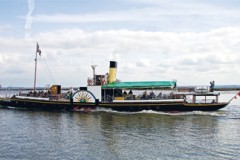