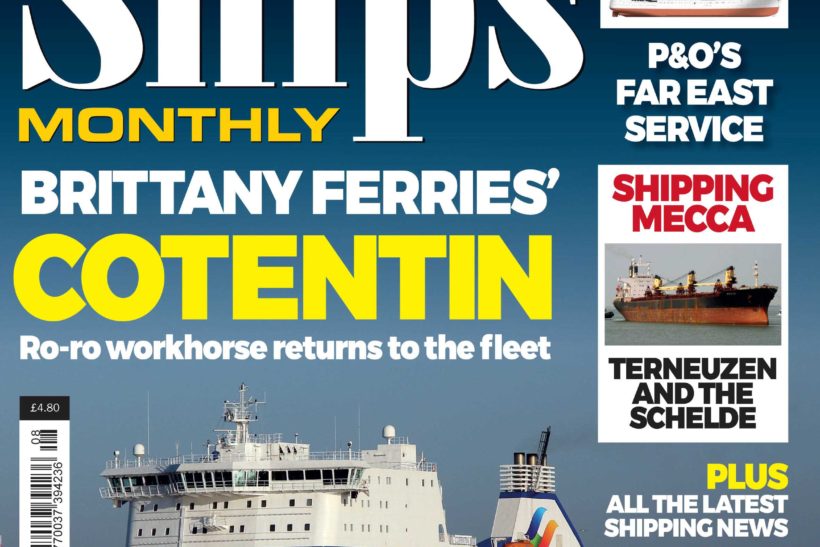 The latest issue of Ships Monthly is out now, and as usual it is packed with news and in-depth features, including a focus on the ro-pax ferry Cotentin, the Soviet Navy Project 1144.1 Heavy Nuclear-Powered Missile Cruisers, and P&O’s classic liners Canton, Carthage, Chusan and Corfu.

CRUISE • Scarlet Lady becomes the largest ship ever in Portsmouth, Carnival fleet changes continue in the wake of the pandemic, and SH Minerva floated out.

NAVAL • British-built tanker sinks in the Gulf, the US Navy carries out Shock Trials on USS Gerald R. Ford, and South Korea wants F-35B jets for its ships.

COTENTIN: Brittany Ferries’ ro-ro workhorse A look at the career of the 2007-built Cotentin, the largest ro-ro freighter linking the UK and France. [see gallery below, showing the bridge and mascot]

P&O FAR EAST • Stephen Payne looks at the various ships operated by P&O on the ‘Far East Service’ between London and Australia via Cape Town from the 1930s.

TERNEUZEN: SHIPPING MECCA • The Dutch port of Terneuzen has been a mecca for ship enthusiasts, with opportunities to see ships close up. Phil Kempsey

VOYAGE ON VERDI • Jim Shaw recalls a voyage on Italia Line’s passenger/cargo ship Verdi from Chile to the Canary Islands in 1970.

MEDWAY MEMORIES • A look at the ships and shipping that have visited the River Medway.

MARITIME MOSAIC • The shipping of Barrow in Furness, home to a thriving shipbuilding industry for many years. 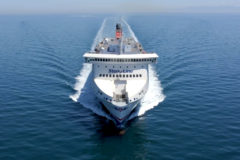 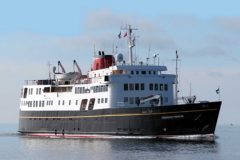