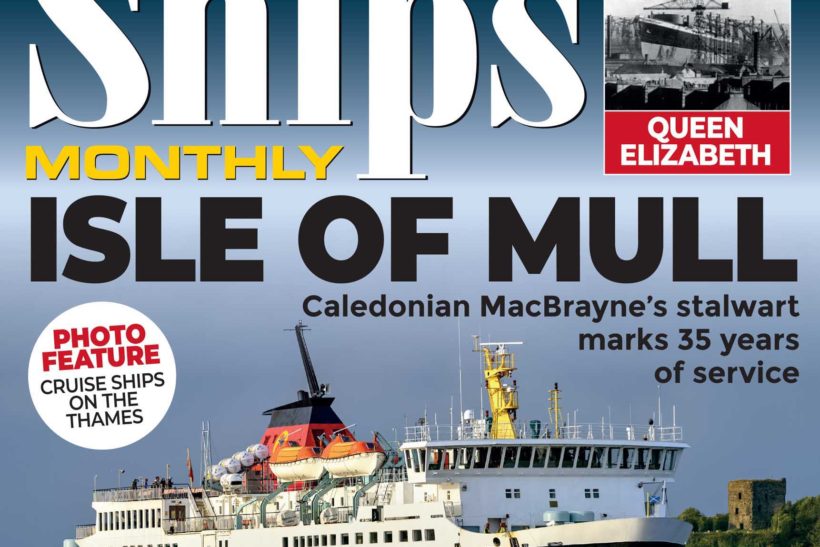 We go on board CalMac’s stalwart ferry Isle of Mull, which is marking 35 years of service on Scotland’s picturesque west coast.

Safety at sea, we look at some famous liner shipwrecks over the course of the last century, since Titanic sunk and hit the headlines.

On the historical side, we recall the Battle of Midway, which was a turning point in the Pacific theatre during World War II.

For fans of classic cargo ships, we reflect on the conventional breakbulk refrigerator ship, a type of vessel that has now all but disappeared from the world’s sea lanes.

Waterfront – European Causeway breaks down in the Irish Sea, China builds an electric excursion vessel, all-electric small boxboat Yara Birkeland set to enter service, and it’s going to be a busy summer ahead for excursion vessels.

Ferry – Cork to Roscoff route made permanent by Brittany Ferries, Dover’s P&O problem, hull of new ferry for IOMSPC floated out in South Korea, and change of plan for Stena.

Cruise – Russian links cause finance problem, Star Pisces to go to the breakers, and the return to cruising continues.

Naval – A tale of two adversaries in the attritional war in Ukraine, aircraft carrier USS Gerald R. Ford on trials for the US Navy, new craft set for RN’s Gibraltar Squadron, and details of the new French aircraft carrier.

Reefer reflections – A look back at the heyday of the conventional breakbulk refrigerator ship.

Shipwrecks – Starting with the sinking of Titanic, many liners have been lost since, but the loss of life has been less. So what has changed?

Soviet ships part 1 – From 1922 to 1991, the Soviet Union operated a large merchant fleet, of which the ships featured are examples. 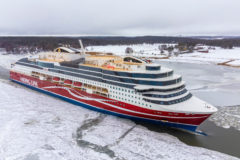 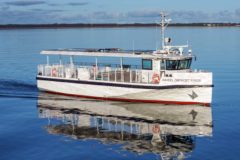