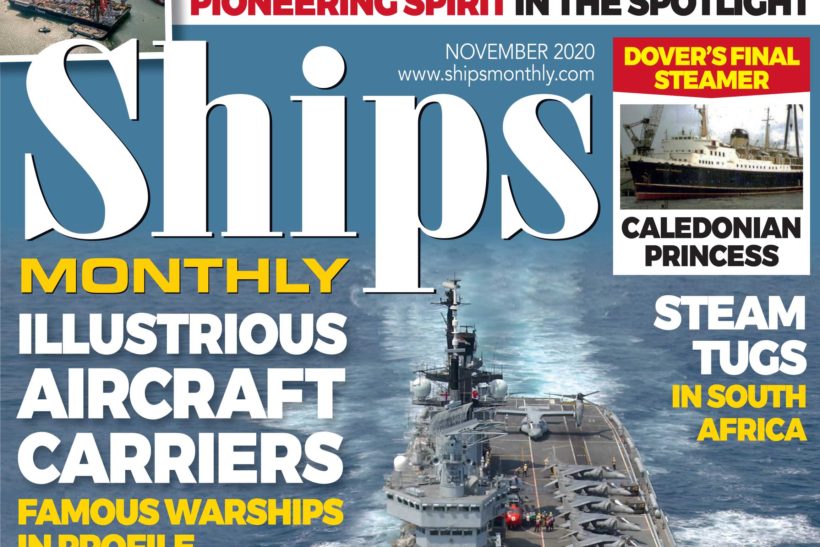 WATERFRONT – In the news, details of Celebrity Apex arriving at Southampton, the numerous ships damaged in the Beirut blast, and Wallenius developing a Wind Ship for carrying cargo.

CRUISE – Fred. Olsen veterans leave the fleet, keel-laying for a new Minerva, and details of which companies have started cruising again.

PRESERVATION – The impact of Coronavirus on ship preservation, paddlers in Germany and Switzerland, and the old puffer Spartan opened to the public in Irvine.

NEWS FEATURE – As A.P. Moller-Maersk Group is set to merge Safmarine into the Maersk fleet, we look back at Safmarine’s history and recall some of their well‑known ships.

BIG PICTURE Pioneering Spirit, the largest vessel in the world, at the port of Vlissingen. Flying Focus

ROYAL CARIBBEAN MARKS HALF A CENTURY

A look back at Royal Caribbean’s heritage, its growth and pioneering mega-ships over half a century of operations.

SHIPS PICTORIAL Photos of ships around the world, including at Southampton, Poole, Hobart, Malta, Netherlands Antilles and on the Thames.

STEAM TUGS IN SOUTH AFRICA Steam-powered tugs operated in the ports and harbours of South Africa, as photographed by Durban-based Trevor Jones.

LAID UP IN THE FAL Photos of historic ships laid up in Carrick Roads, in the estuary of the River Fal, at the end of their careers. 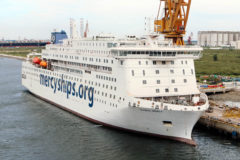 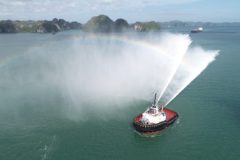