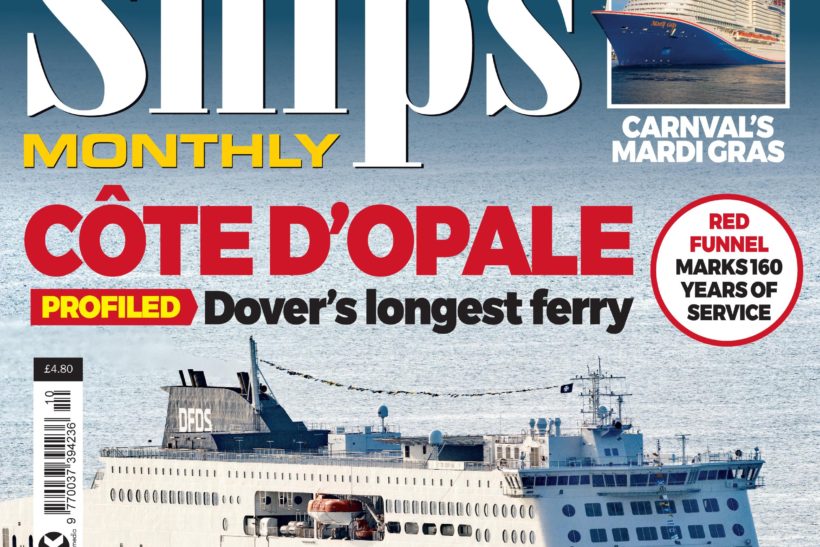 The latest issue of Ships Monthly is out now, and as usual it is packed with news and in-depth high quality features, including a focus on the new E-Flexer Côte d’Opale, which is Dover’s longest ferry, as well as a look at the Royal Navy’s aircraft carrier HMS Victorious, and remembering classic liners on south coast.

Côte d’Opale: Dover’s longest ferry – Another new E-Flexer came on stream in August, and this one serves the Dover-Calais crossing for DFDS. George Holland went on board Côte d’Opale to assess the new ship.

Peace Boat – The eclectic and interesting mix of passenger ships used by the Japan-based Peace Boat organisation to deliver its unique brand of worldwide cruising.

Red funnel at 160 – A look back over the lengthy history of Red Funnel, Isle of Wight ferry operator, and some of their memorable vessels.

Embassy in the fog – An account of an eventful day trip on the paddler Embassy in the 1960s, when she was caught in fog on the south coast.

HMS Victorious – A review of the lengthy career of the Royal Navy’s aircraft carrier HMS Victorious, which saw service in World War II.

Classic freighter – The freighter Kalewa had a career spanning 30 years, and she was both built and scrapped on the River Clyde. Malcolm Cranfield

Classic Liners on south coast – The port of Southampton has been visited by many of the world’s most famous cargo ships and classic passenger liners. 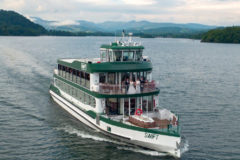 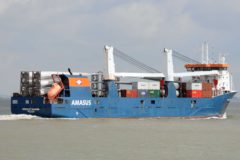