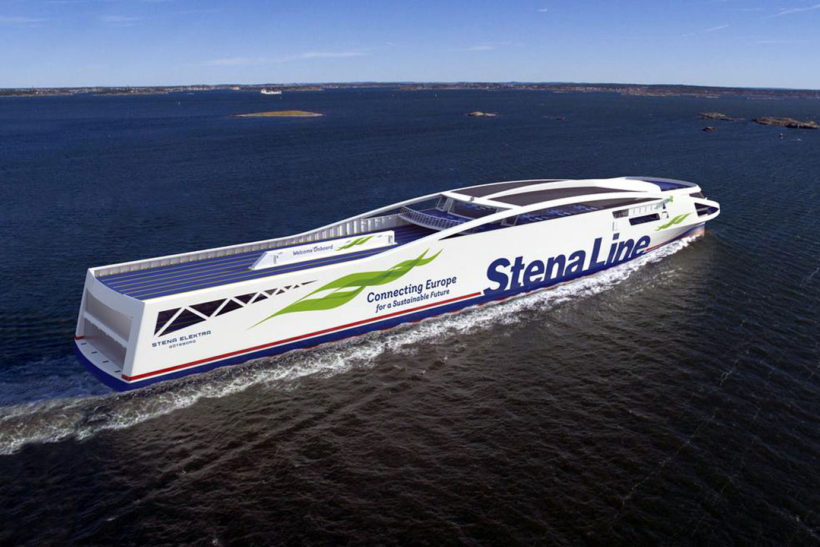 The ferry operator Stena Line, Frederikshavn Municipality, and the Port of Frederikshavn signed a historic agreement on 20 September 2021 in which the parties commit to take their share of the responsibility for making Gothenburg-Frederikshavn the world’s first fossil fuel free ferry line of its kind, with two battery-powered Stena Elektra vessels launched by 2030.

With almost 90 percent of the global trade being ocean shipping, efficient and environmentally friendly passenger and freight transport by sea is crucial to achieving the climate goals.

The ferry operator Stena Line, Frederikshavn Municipality, and the Port of Frederikshavn’s agreement aims to accelerate the transformation of the transport sector by deploying two battery powered Stena Elektra ferries on the Gothenburg-Frederikshavn route by 2030 and making the necessary investments on shore.

Stena Line has already launched the Tranzero Initiative together with the Volvo Group, Scania and the Port of Gothenburg. The aim is to reduce carbon dioxide emissions linked to the Port of Gothenburg – the largest port in the Nordic region – by 70 per cent by 2030. This new agreement with the municipality and port of Frederikshavn completes the chain.

“Our ambition is to lead the development towards fossil fuel free shipping and sustainable transport at sea. That is why we are investing in new technologies and various alternative fuels.

“We are already ten years ahead of the international shipping industry’s target for reducing carbon dioxide emissions, but with Stena Elektra we are taking another big step on Stena Line’s sustainable journey, on the road to a completely fossil fuel free operation,” says Stena Line’s CEO Niclas Mårtensson, who is also a member of the Swedish Government’s Commission for Electrification.

Stena Line aims to reduce its total carbon emissions with 30 percent by 2030 and the new Stena Elektra ferries play an important role in getting there. However, it will take more than just battery powered vessels.

Onshore infrastructure, such as sustainable charging facilities, must be developed in parallel. In the agreement signed today, the Port of Frederikshavn commits to securing the necessary infrastructure in the port and its surroundings on the Danish side.

“The Port of Frederikshavn shares the high and green ambitions that make this project possible. The city has also shown that it has a unique capacity for change in its DNA, which is evident not least in its sustainability work.

When we are now taking steps towards making the Gothenburg-Frederikshavn line completely independent of fossil fuels is not only positive for us, but for the entire Kattegat region,” says Mikkel Seedorff Sørensen, CEO of the Port of Frederikshavn.

The ferries will be the world’s first fossil fuel free RoPax vessels their size, measuring approximately 200 metres, with a capacity of 3,000 lane meters and  1,000 passengers.

Already in 2018 Stena Line took the first step on their battery journey and invested in battery hybrid power on Stena Jutlandica, currently operating on the Gothenburg-Frederikhavn route. This has so far resulted in a reduction of carbon dioxide emissions by 1,500 tonnes per year, equivalent to the annual emissions of 600 passenger cars.

The Frederikshavn Municipality is also committed to participating in the creation of a sustainable connection between Sweden and Denmark with the two Stena Elektra vessels. 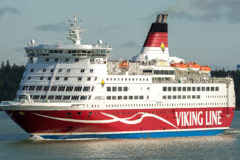 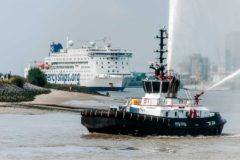 Global Mercy arrives in Antwerp for final fitting out