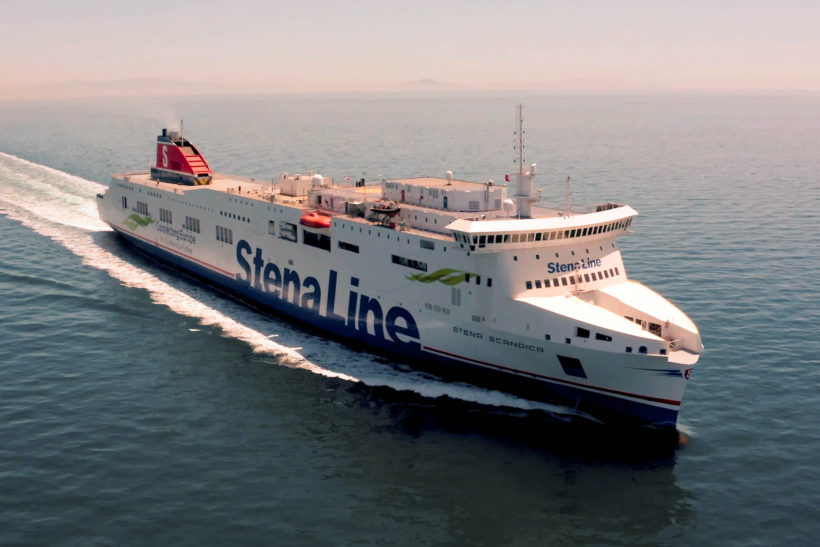 The vessel is the first of two Visentini vessels that are being lengthened and modernised by Stena RoRo at the Sedef Shipbuilding in Tuzla, Turkey.

Stena Scandica will start operating on Stena Lines route between Nynäshamn in Sweden and Ventspils in Latvia in the beginning of July.

Stena Line is well underway in modernising its large European fleet of ferries and has not let the ongoing pandemic affect these ambitious plans.

Stena Scandica was formally delivered at a a handover ceremony at the Sedef Shipyard in Tuzla, Turkey.

Stena Line CEO Niclas Mårtensson said the delivery of Stena Scandica is an important step in the Company’s expansion in the Baltic Sea.

“Taking delivery of the large, modern and efficient vessel Stena Scandica is a major milestone for Stena Lineand enables us to continue to grow together with our customers in the Baltic Sea. During the year we will increase capacity with 30 per cent on the Nynäshamn-Ventspils route, and 40 per cent on the Liepaja-Travemünde route”.

The ground-breaking conversion and lengthening of Stena Scandica (ex-Stena Lagan) and sister vessel Stena Baltica (ex-Stena Mersey) was managed by Stena RoRo at the Sedef Shipyard in Tuzla, Turkey.

The two vessels were lengthened with a 36m mid-section; after the conversion they are 222m long and have a capacity of 970 passengers, 202 cabins and 2,875 freight lane meters.

To increase the loading efficiency, the vessels were modified with drive through capabilities on two levels.

The interior and onboard facilities are updated to Stena Line’s familiar Scandinavian, light, and spacious design.

“This enlargement of the vessels capacity as well as the new and unique efficiency measures included in the design results in a significant reduction of the emissions for each lorry as well as shorter turnaround time in the port enabling a lower speed at sea. We are pleased that this complex conversion has been possible to perform despite the challenges caused by the pandemic.”

Stena Scandica will now embark on a ten-day journey to her new home in the Baltic Sea where she will begin service in the beginning of July on the route between Ventspils in Latvia and Nynäshamn in Sweden.

Later this year, sister vessel Stena Baltica will join Stena Scandica, and with both vessels in place, the total capacity increase on the route is 30 per cent.

As part of the ongoing expansion in the Baltic Sea, Stena Line will relocate the two vessels currently sailing on Nynäshamn-Ventspils, Stena Livia and Stena Flavia, to the route between Liepaja in Latvia to Travemünde in Germany. The vessels will increase the freight capacity on the route by 40 % and shorten the crossing time from 27 to 20 hours. This will enable a reliable transport service with a fixed timetable with 12 weekly departures, six in each direction. The new vessels will also offer improved onboard facilities and increase the number of cabins, making the route an attractive choice for transport and travel between the Baltic countries and Germany. 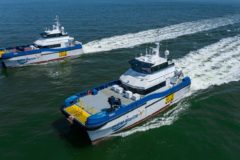