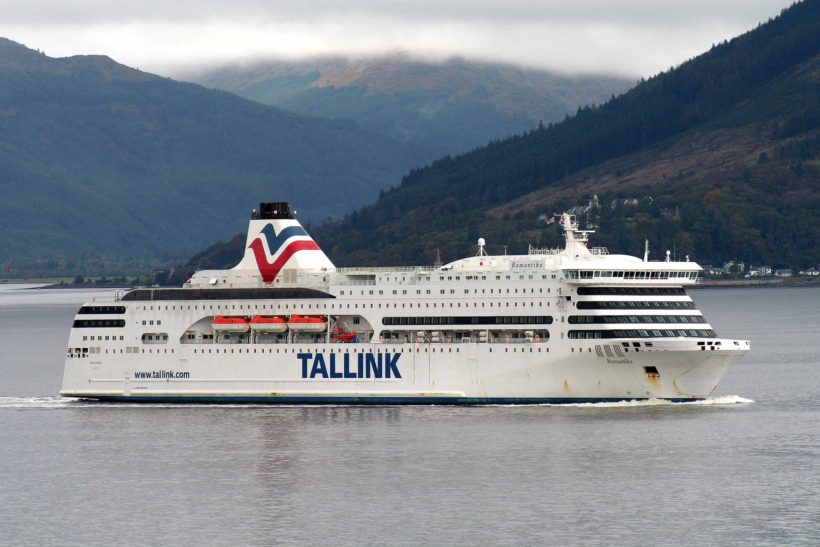 Tallink’s cruise ferry Romantika arrived on the Clyde on 12 October 2021 to begin a charter providing accommodation services for the UN COP26 conference that takes place in Glasgow from 31 October to 12 November. She will provide floatel services for support personnel before and after the event.

The charter is timely for Tallink as the vessel will go direct from another charter in the Mediterranean, operating between France and Morocco transporting Maroccans who wish to visit home during the summer since July. Her regular route duties between Stockholm-Riga have been suspended since March 2020.

The ship was built by Aker Finnyards Rauma in 2001 and was Tallink’s first newbuilding and the first of a three-ship Romantika-class. At 40,803gt, with Super 1A ice classification, she is tailored for overnight Baltic routes with 2,172 berths and 1,000 lane metres so space aplenty for support equipment too.

Twice Romantika was operating between Helsinki and Tallinn when she was flying the Estonian ensign, and since 2017 she has been on the Sweden-Latvia route under the Latvian flag.

The largest Baltic cruise ferry and one of the largest ever built, Tallink’s Silja Europa, has also been chartered for the event, and is due to stay on the Clyde until mid November as an auxiliary accommodation floatel.

This will be the second time this year Silja Europa has served the same purpose, the first being mid-June for the G7 meeting in Carbis Bay, when she was anchored at Falmouth and provided accommodation for police officers. At 59,914gt and 202m long, she has a passenger capacity of 3,318 but with beds for 3,644, making her an obvious choice for such purposes.

Built by Meyer Papenburg and delivered in1993, Silja Europa has sailed in the Baltic mainly on Finland-Sweden routes where her ice class Super 1A is useful. From 2013 it has been operating daily on the Helsinki-Tallinn route as the cruise overnight option to Tallink’s fast ferry Shuttle service.

But as a result of the Covid pandemic she has been unemployed, though even in 2015-16 she spent 14 months off Australia’s north-west coast providing accommodation for the huge Gorgon gas project.

Born in unusual circumstances, the ship was ordered by Viking Line partner Slite, which went bankrupt, so the vessel was snapped up by rival Silja Line, which was in turn bought by Tallink in 2006. Her colourful logbook writes new chapters almost annually. 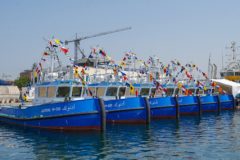 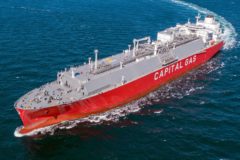