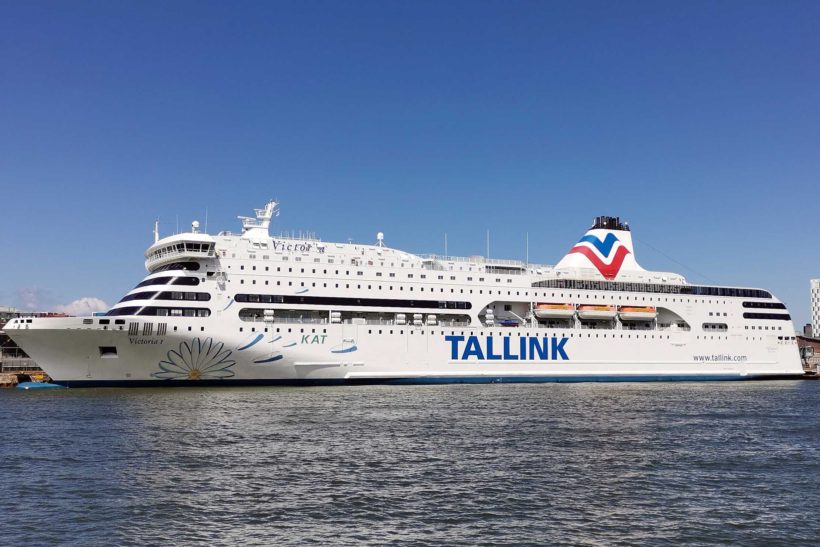 Estonian shipping company Tallink has found a new purpose for many of its Covid-affected ferries by chartering them to countries to be short-term accommodation for Ukrainian refugees.

Isabelle’s former daily crossover Riga-Stockholm service will take time to return to normal, so the 1989-built ship can now accommodate up to 2166 in its cabins in Tallinn’s Old City Harbour.

The charter with the Estonian state was initially from 7 April for four months with options for 2+2 months more.

Similarly, Victoria l, with berths for 2,252, arrived in Edinburgh under a charter with the Scottish government for six months with an option for a further three months to be exercised.

Built in 2004 in Rauma she was formerly employed on Tallinn-Stockholm until the pandemic and has had two stints in Morocco ferrying workers from France home to Casablanca and back in summers.

Sister Romantika (2001) is on a minimum three-year charter to Holland Norway Lines from March 2022, leaving the Tallinn-Stockholm line serviced by a single ship Baltic Queen.

Out of the blue came two charters to The Netherlands. Silja Europa. the largest Baltic ferry at 59,914gt and 3,644 berths, will be acting for the fourth time in the last few years as a floating hotel or floatel.

Galaxy too will be under the same charter agreement – initially for seven months with another three optional – leaving her usual Turku-Stockholm route to Baltic Princess taking 2,500 berths away as well.

Both have been chartered by Slaapschefen Public, an organisation that arranges short or long-term stays aboard vessels of various sizes in Belgium and Netherlands under the auspices of the country’s Central Agency for the Reception of Asylum Seekers (COA).

Silja Europa’s stint will start on 20 August while Galaxy’s is after the peak summer season on 20 September.

The outcome of all these charters for the next year or so is that five of Tallink’s 12 passenger-carrying ships are not operating on routes between Estonia, Finland and Sweden.

Meanwhile, in the background its new LNG fast ferry MyStar is being completed at Rauma, but this has been held up by Covid-related and other delays and is not expected to enter Tallinn-Helsinki service until some time this winter.

These ships’ futures are transparent, but that of faithful old servant SeaWind is not. The last rail ferry operating between Finland and Sweden, she was sold in April to Marshall Islands-registered Rudniki Shipping ostensibly bound for Turkey under the Liberian flag as A Wind, possibly for scrapping.

However, while anchored off Istanbul the flag changed to Cameroon’s colours and she set sail for the Black Sea.

As Russia is under multiple sanctions, it is now suspected the purchase was a sleight of hand as the 1972-built ship has been tracked to Kavkaz port on the isthmus between Crimea and Russia. 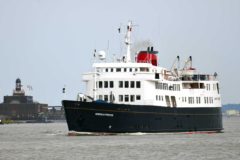 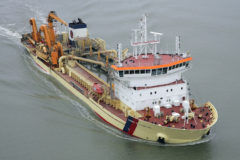