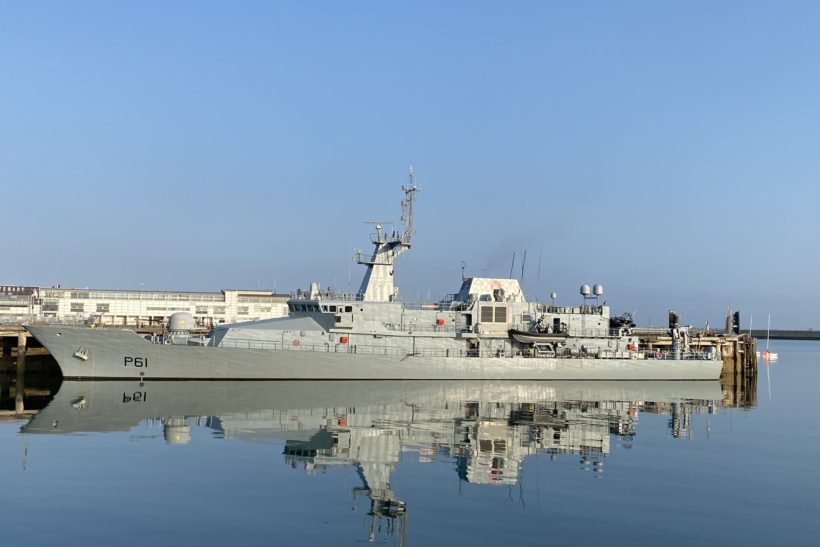 The Irish Naval Service has recently faced challenges with personnel numbers, but this seems to have abated somewhat and ships have been seen out and about more over the summer months.

Significant changes are in the pipeline for the Naval Service, however, as an independent Commission on the Defence Forces is expected to report by Christmas and this is likely to lead to changes in structures and staff numbers.

One change rumoured is the establishment of a Forward Operating Base at Dun Laoghaire, which may become home to the two RNZN IPVs, which the Irish Department of Defence are reportedly seeking as an interim replacement for the two ex-RN Peacock class coastal patrol vessels, now over 30 years old.

The other major project at present is the construction of a new flagship. The multi-role vessel would replace the OPV LE Eithne, which is also on the pending retirement list. The MRV could be ordered next year.

On 1 September, the 75th anniversary of the Naval Service, LE Samuel Beckett departed Dun Laoghaire to a 21-gun salute from the ceremonial battery, the first known for many years, next to the lighthouse and joined other fleet units in a ceremonial sail-in to Dublin. Peter D Coyle 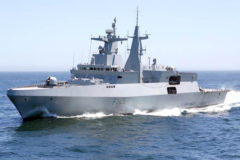