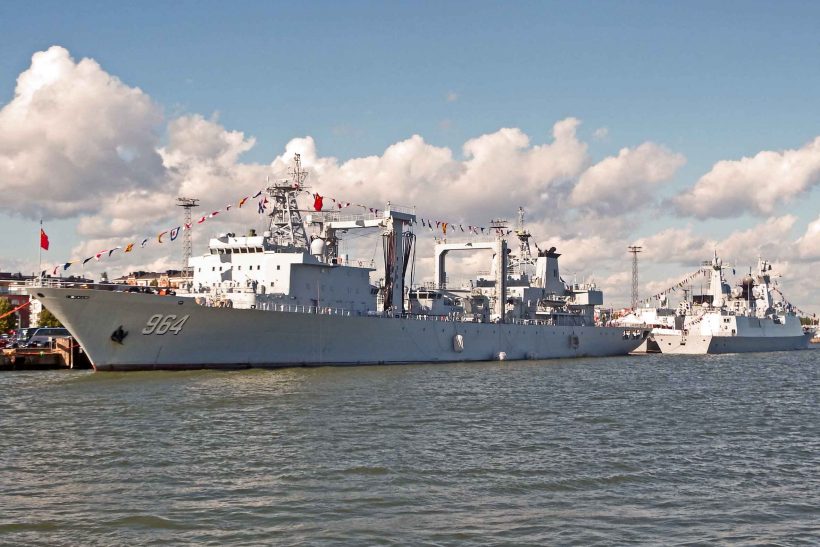 After completing exercises in the Baltic Sea with the Russian Navy, the Chinese People’s Liberation Army – Navy made its second courtesy visit to Helsinki in less than two years after the original in September 2015.

The flotilla was made up of modern PLAN ships and demonstrates that China’s Navy can now go anywhere in the world.

Consisting of two warships and a large supply vessel, they were led by the Type 052D guided missile destroyer Heifei (571) that entered service in 2013, Type 054A frigate Yuncheng (174), which entered PLAN service six years ago and the Type 903 armed replenishment ship Luomahu (964) that is just over a year into her commission.

She has a variety of long-range plus surface-to-air and anti-ship missiles, torpedoes as well as automatic combat weapons and defence systems plus stealth technology.

Yuncheng is one of 25 in class of multi-role frigates and carries anti-ship and -submarine missiles including cruise for shore attacks.

The ship is also armed with two twin 37mm machine guns forward either side of the bridge. All three vessels have at least one helicopter aboard with a hangar located astern.

Their next call was not far away in Riga where the Latvian capital will host the three for three days. Needless to say, this is a first for Latvia.

The joint Russian-Chinese exercises were closely observed by NATO and these will be continued in Russian Far East and Chinese waters later.

The PLAN’s first visit to Helsinki was by vessels that took part in anti-piracy duties off Somalia prior to their round-the-world courtesy calls. 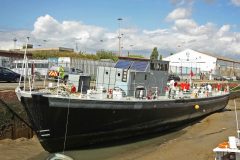 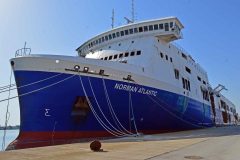