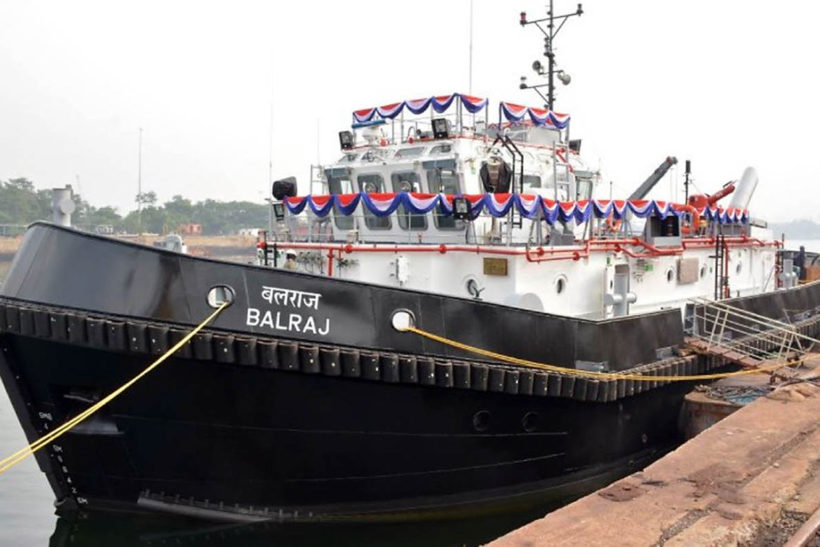 Sister vessels INS Balraj and INS Balbir are the final two in a batch of four tugs that were ordered by the Indian Navy in February 2019 under a contract valued at approximately INR2.6 billion (US$34.13 million).

The tugs will primarily be used to provide berthing/unberthing and manoeuvring assistance for submarines and larger surface ships such as aircraft carriers in confined waters and in harbour.

Secondary duties will include providing afloat firefighting cover/assistance for ships alongside and at anchorage as well as limited search and rescue (SAR).

Two 600kW engines driving propellers will enable each tug to achieve a bollard pull of 50 tonnes and a speed of 12 knots at 85 per cent MCR.

The vessels’ major and auxiliary equipment and systems were all built locally in line with the country’s Make in India initiative.

The design and construction of the tugs were done in accordance with Indian Register of Shipping (IRS) Steel ship rules to ensure a service life of 20 years.

As the tugs were built under special survey by the IRS, they have been known alternatively in Indian Navy service as the IRS-class.

The two new tugs, along with earlier IRS-class sisters INS Veeran and INS Balram, will be stationed at Visakhapatnam, which will be the home of the future indigenously-built Indian Navy aircraft carrier INS Vikrant.

After Vikrant is commissioned into service before the end of this year, all four tugs will provide ship handling support for the massive carrier within the base’s waters. 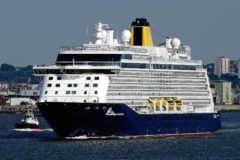 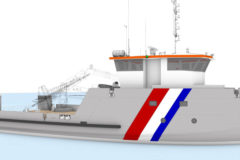