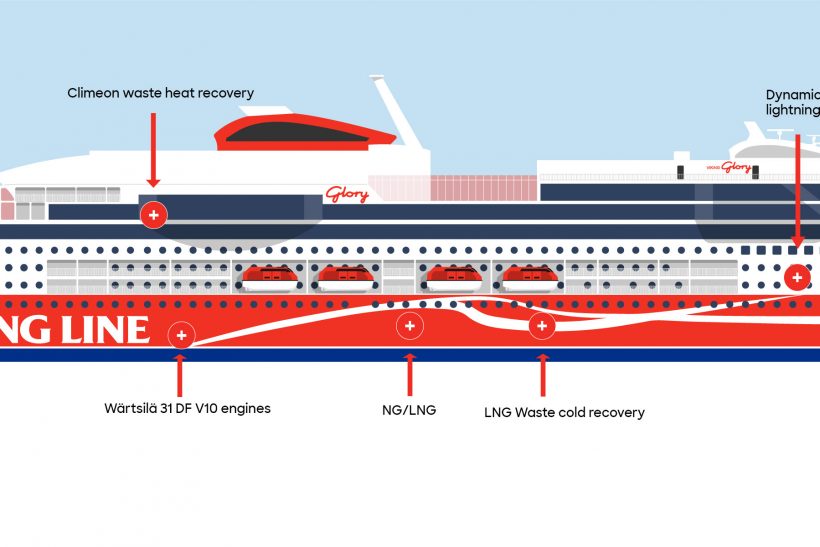 Thanks to its advanced solutions and technical innovations, Viking Glory will be one of the most climate-smart passenger ships in the world. It is estimated that the ship will consume up to 10% less fuel than Viking Grace, which is smaller and was hailed as the world’s most eco-friendly ship of its time.

Viking Glory will launch into service in 2021 as the first ship in the world to be equipped with Wärtsilä 31DF dual fuel engines, which utilise the latest technology and run on completely sulphur-free liquefied natural gas (LNG). As with Viking Grace, Viking Glory will also have the ability to run on biogas, once it becomes a viable fuel alternative in the future.

“Viking Glory will have six 31DF engines for efficient optimisation of fuel consumption. These engines have the lowest fuel consumption, but at the same time, the highest cylinder output in their segment (550 kW/cylinder),” explains Project Manager Kari Granberg, who is in charge of the new construction at Viking Line.

Viking Glory will also, as the first in the world, recover the waste cold from the use of LNG and recycle it for use in cold counters, cold rooms and other special rooms.

“Today, recovery of waste heat is already common, but to recycle waste cold for the purposes of refrigeration appliances and cold rooms is an innovative and highly climate-smart solution. Viking Line has carried out development work in collaboration with Wärtsilä, Projektia and Deltamarin,” Granberg continues.

Additionally, Viking Glory will be equipped with a Climeon energy recycling system that harnesses and converts waste heat from the engines into electricity. The system can generate up to 40% of the electricity required for the passenger functions.

This also marks the first time when a passenger ship of this kind utilises the Azipod propulsion unit manufactured by ABB as a means of saving time and energy in terms of ship manoeuvring: the system facilitates faster turns in the ports and a hull design with approximately 8% less water resistance than with a traditional propeller system.

“Viking Line endeavours to be a forerunner of responsible navigation, and this goal is reflected in the design and construction of our new ships. Those technological innovations we are now testing and developing jointly with our Nordic partners constitute the foundation for the novel cruise experiences through the archipelago,” says Gustaf Eklund, who is Head of Development at Viking Line and in charge of developing the concept for the new ship.

The dual fuel engines by Wärtsilä will enable better optimisation of fuel consumption.

The use of LNG will result in zero sulphur emissions and reduced carbon dioxide emissions as compared to diesel fuel.

Waste cold from LNG use will be recovered and recycled for cold counters, cold rooms and other special rooms.

The energy recycling system by Climeon is estimated to generate up to 40 percent of the electricity required for passenger functions.

The Azipod propeller system by ABB will save time and fuel in terms of ship manoeuvring. Viking Glory will be the first passenger ship of this kind in the world to utilise this propeller system. 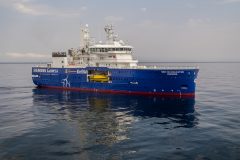 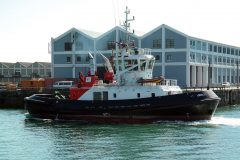